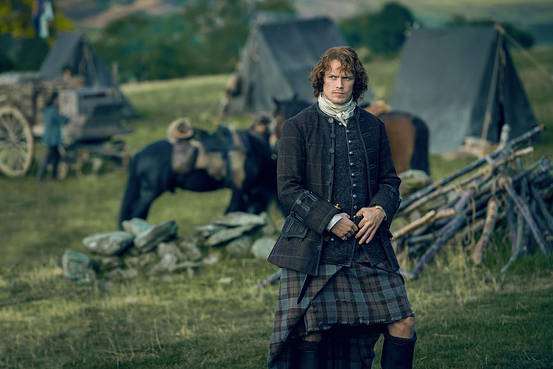 “Outlander” season 3 will come back after a massive time jump as seen in the last few sequences of the show’s season 2 finale. While fans were already shown how Claire (Caitriona Balfe) fared in her own time period, Jamie’s (Sam Heughan) whereabouts have yet to be revealed.

Based on the set photos that have made their way online, it looks like the period drama will be showing what exactly transpired in the Battle of Culloden. Claire obviously thought that Jamie had perished during grueling fight until Roger (Richard Rankin) and Brianna (Sophie Skelton) found a clue that proved otherwise. Given that the heroine of the story was aged for the sake of the narrative, Heughan is also expected to be going through a bit of aging given their parallel lives.

With Balfe arguably spending more time getting ready and transforming into her character, the Scottish actor was also asked if he will also be experiencing the same process especially with the prosthetics that he now has to put on.

“Season 3, in particular, yeah, I mean, there was an aging process. There was definitely a different look to the characters, but you’ll have to tune in to find out, I guess,” he explained. “But even in Season 1, I had hours and hours of prosthetic makeup whenever the back scarring was on or Jamie got shot or injured. By no means does that stop in season 3 so, yes, there’s been a lot of very long days where I’ve been in makeup.”