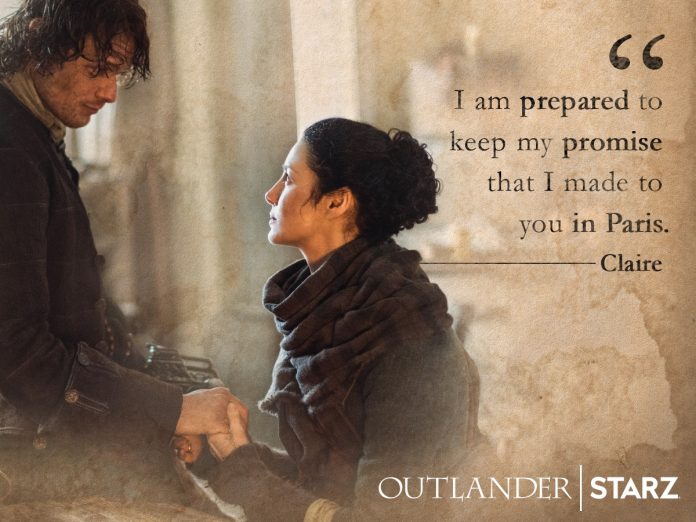 As season 2 of Starz’ hit series “Outlander” comes to a close, showrunner Ronald D. Moore reveals what can be expected in the future installments of the periodical drama.

In a correspondence with fans on Twitter, Moore dropped some interesting details for the production of season 3. He shared that they will start filming either in late August or early September, and lead cast members Sam Heughan and Caitriona Balfe will return to reprise their iconic roles as Jamie and Claire, respectively.

With the story based on Diana Galbadon’s third book titled “Voyager,” the plot is expected to cover both the 20th century and the 18th century, simultaneously covering events in Scotland and on the Caribbean. Moore said that production crew will continue shooting in Scotland but they are reportedly in search for a location that can double for Jamaica and Hispaniola.

When asked if the recasting of some of the younger actors have started, “No. No casting has begun for S3/4 yet,” he answered. When it comes to the characters he is excited to have onboard, “Looking forward to Young Ian and Older Fergus,” he mused.

Earlier this month, producer Matthew Roberts confirmed that they never left the writer’s room and worked for the follow-up narrative straightaway, “We haven’t stopped working, and we just went straight over from season 2 to season 3. We carried the writers room over and a few people in Scotland continued to prep for next season. …The Droughtlander won’t be as long as they expect,” he stated.

As fans wait for season 3, they can first tune in to the upcoming season 2 finale dubbed “Dragonfly in Amber” which will run for 90 minutes. The synopsis reveals that Claire is in 1968 with her 20-year-old daughter Brianna (Sophie Skelton). They will meet Roger Wakefield (Richard Rankin) as the mother discloses the truth to her child about her life in the 1700s and her true parentage.

The scene will be intercut with the events taking place in the 18th century Scotland during the day of the Battle of Culloden. Jamie and Claire come up with a dangerous plan when Jamie’s attempts to deter the prince fail. In the preview, Dougal (Graham McTavish) overhears them and begins attacking Jamie.

“Battle of Culloden will happen… today. Now we must go,” Jamie says to his wife to which she quips with, “No, I can’t leave you.” When Dougal comes, Jamie insists, “Claire, there’s no time.” The latter tearfully asks him, “How can I come back? I love you.”