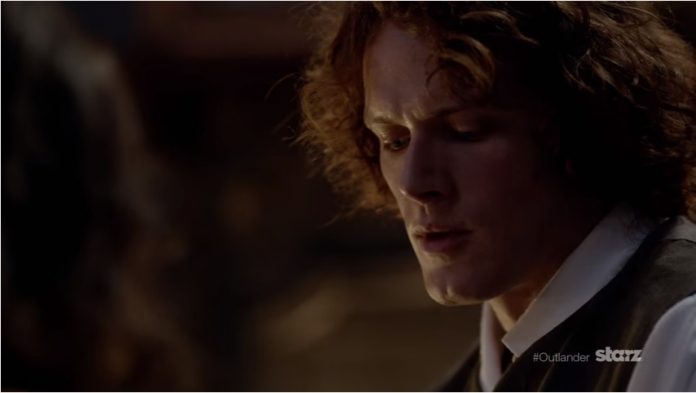 Avid followers of the hit historical romance series “Outlander” are now in the know that the show has begun filming its scenes for season 3 and rumors about the upcoming season have been rife suggesting that the show could premiere at an earlier date.

Due to the sophomore season’s widespread success, the production team behind the show, together with its home network Starz, have been working on the double to meet an earlier airdate than the agreed premiere in April 2017.

Meanwhile, there was even a leaked shot of a bloodied Sam Heughan, who plays the protagonist Jamie Fraser, on their location shoot in Scotland. It is said that the scene being filmed is for the Battle of Culloden that will be featured next season.

It was also reported early on that one of the characters from the book series, Lord John Grey, will be part of the upcoming season. The said character is one of the good guys in the book and will be one of the key characters as the season progresses.

Having said that, Starz and the showrunners of “Outlander” are said to be on the lookout for an actor who will take on the said role. Reports suggest that they have considered top-notch actors for the part but the one most likely to get the intriguing role is the former lead star of FX’s crime drama series “Sons of Anarchy,” Charlie Hunnam. Nevertheless, Hunnam has remained mum about it and has yet to comment on the casting rumors.

Moreover, in the event that Hunnam takes on the challenge in assuming the said part, this will be his most interesting portrayal yet since it’s a known fact to readers of the “Outlander” book series that Lord John Grey is a secret homosexual in the story.

As of late, solid followers of the show will have to stay tuned regarding the latest buzz about “Outlander’s” third season.

'The Expendables 4' release date: Film rumored to be delayed due...