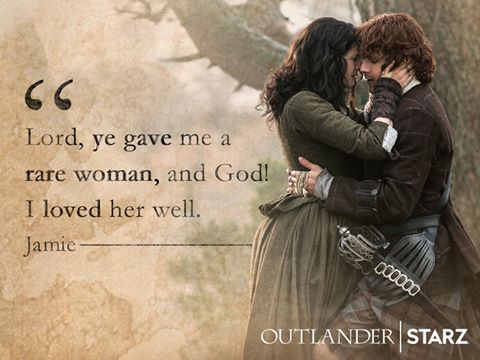 Season 2’s finale, “Dragonfly in Amber,” saw Claire (Caitriona Balfe) returning to her own time in 1948 to save her unborn child with Jamie (Sam Heughan). Now that she was presumably reunited with her first husband Frank (Tobias Menzies), she discovered that Jamie actually survived the Battle of Culloden and the execution of Jacobite rebels that followed after.

Talking to Variety, Heughan teased that Claire will come back to Jamie. However, both would have changed during their time apart. “He thinks that he’s lost her, or at least that she’s alive and well but in the future, so what is he living for? What sort of man is he now?” he mused.

“She will eventually return, but they’re both older, so what is Jamie, ‘who is the man he’s become’ in the time since they last saw each other?” he continued. The actor revealed that these are the questions that will be central to his character in the upcoming installment.

Moreover, Balfe shared that she is excited for the couple to fall in love all over again and for them not to be haunted by the ghosts of their past selves and memories of a past relationship where they put each other on a pedestal.

“They’re going to have to destroy that image first before they can fall in love with the person right in front of them, and that’s going to be really interesting. I love the complexity of that,” she explained.

Although episode 13 had jumped forward to Claire’s 50-year-old version, the actress hinted that the narrative will feature what happened during the period when she was raising their daughter Brianna (Sophie Skelton). As she goes through her journey in her late 20s up until her 50s in Boston, it is also confirmed that Menzies will reprise his two roles as both Frank and Black Jack Randall.

“If you’ve read the books you will know that Randall will appear again. I know that Diana has written the scene of how they ended up [back together], so hopefully and who knows, I haven’t read the script yet, but hopefully, we’ll get to see Jamie and Randall in the Battle of Culloden,” Heughan concluded.

'Once Upon a Time' season 5 spoilers: Greg Germann tipped to...