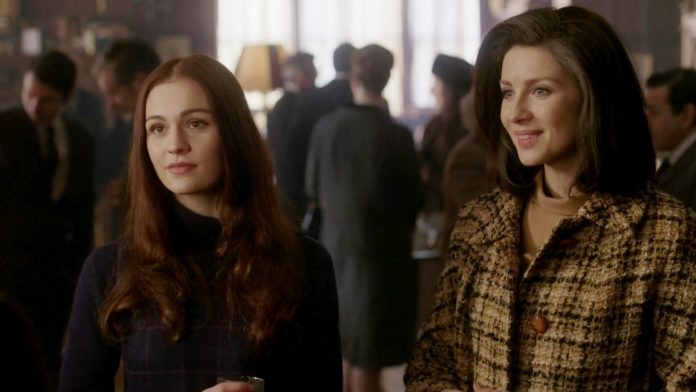 The cast and crew of Starz’s hit period drama “Outlander” are helping quench the fans’ thirst during Droughtlander by sharing some behind-the-scenes photos of season 3’s production.

Co-executive producer Matthew B. Roberts took to his Twitter to tease a part of the script for the new installment. However, the image has left some fans concerned on whether there will be major changes in Diana Gabaldon’s novels which the show is based on.

The said scene hints on the highly anticipated reunion of Claire (Caitriona Balfe) and Jamie (Sam Heughan) in a print shop 20 years after being separated. Hawk-eyed fans noted that it reads “Jaime enters” but in the books, the lead character is already in the store before his beloved arrives. When people pointed out the difference, Roberts replied, “That feels like you have zero trust in me. Be calm and Print Shop On.”

He added that with already 29 episodes in the show’s roster 16 from season 1 and 13 from the recent season 2 he hopes that through their hard work, they have managed to generate some “goodwill and trust” among their viewers. He also mused that guessing the specific scenes in the new season will likely “only cause angst.”

Aside from the script, he also posted pictures of Scotland and their current location in Canongate Kirk, Edinburgh.

Meanwhile, it is speculated that Brianna (Sophie Skelton) will not meet her biological father in season 3 just yet. It can be recalled that in the finale of season 2, she was still in shock upon learning that her mother traveled through stones to a different time. Although she accepted the truth, season 3 is predicted to revolve around Claire making up her mind if she wants to be reunited with Jaime back in the 18th century.

If the novels will be followed, Brianna will instead meet his father during the events of the fourth book, “Drums of Autumn.” She will also go through the stones when she comes across an old newspaper article that reveals Jamie and Claire will die in January 1776. The family will come together but it will be short-lived when their daughter realizes that she is pregnant.

Season 3 of “Outlander” is expected to arrive sometime in 2017.

'The Walking Dead' season 6 finale spoilers: Fans may be headed...