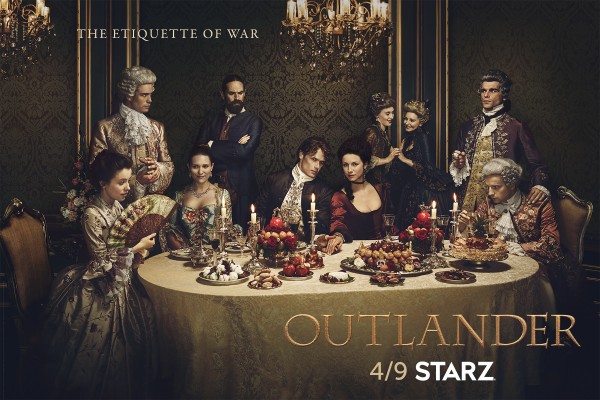 After waiting for almost a year, fans of “Outlander” will finally see the second season as it premieres in just two days.

The sophomore run will focus on the story of Claire (Caitriona Balfe) traveling to the past to link with some people in order to prevent the death of her husband Jamie Fraser (Sam Heugan) in the 18<sup>th century, revealed executive producer Roland Moore in an interview with New York Post.

She will deal with aristocrats who will initially challenge her, but later on have her figure her way out. The story of season 2 will also see a “more political” theme, said Moore in a report from E! Online.

He explained, “It’s much more conspiracy, it’s much more lies and gossips and double dealing in Paris salons and so on, and building towards a war. It’s all setting the stage for the Jacobite invasion of Scotland, and will history repeat itself.”

Meanwhile, for fans who cannot wait for its return on Saturday, they have the chance to watch it two days ahead of the premiere. Starz developed an application that can now be downloaded by both iOS and Android users. With a subscription fee of $8.99 per month, fans can already access “Outlander’s” season 2 premiere upon download, as well as up to 2,400 other shows and movies.

In a statement by Starz CEO Chris Albrecht, he said, “Starz has entered the market today with an enormous value proposition for consumers,” referring to the new downloadable application.

He continued, “Our programing will now be more widely available to the 20 million broadband only homes of cord nevers, cord cutters and cord shavers, including Millennials and other underserved consumers who need other viable subscription service options.”

“Outlander” season 2 will return to the small screen on April 9 at 10 P.M. EST on Starz.

Gotham season 2: A cannibal, Tigress and Theo Galavan are the...