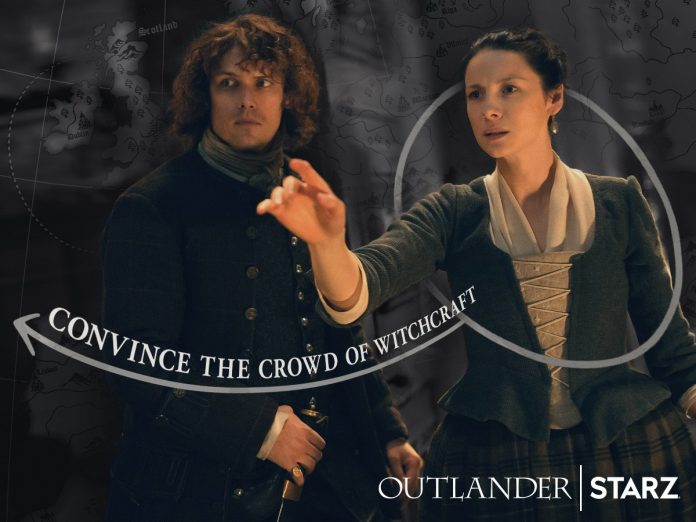 After featuring a shocking betrayal in the latest installment of “Outlander” season 2, which deviated from Diana Gabaldon’s book the adapted series is based on, the show continues with its penultimate episode that sets up the events of the Battle of Culloden.

Titled “The Hail Mary,” episode 12 will have Jaime (Sam Heughan) trying to change the course of history. The synopsis reads, “Jamie puts all of his efforts into turning the Jacobite army away from the impending slaughter at Culloden Moor.”

The narrative will also show Claire (Caitriona Balfe) attempting to comfort the sick Alex Randall (Laurence Dobiesz). However, she will be stunned when the latter reveals an outrageous plan to save the mother of his child.

The promotional teaser reveals that Claire and the Highlanders are sent north after the Jacobite leaders decide to stop their march to London. While a band of redcoats will create trouble for the Scots, this leads to a most unexpected reunion for Claire.

“Sixteenth of April, you said. That’s when history recourse the battle,” someone says to her to which she replied, “Three days from now.” Elsewhere, Jaime talks to the heads of the battle suggesting a surprise attack, “We will trap the British between us, to defeat our enemy once and for all,” he concluded.

According to Radio Times, the two will also revisit the pact they made in Paris to dispose of Black Jack also known as Jonathan Randall (Tobias Menzies) when the time comes, “Remind me not to get on your bad side, Sassenach,” Jamie said.

Familiar faces will also appear at the headquarters of the rebellion. These include Mary Hawkins (Rosie Day) who is in town with Alex, and Jamie’s uncle Colum MacKenzie (Gary Lewis).

Jamie and Dougal (Graham McTavish) believe the latter is about to join their cause, however, they will soon find out that they are wrong. Instead, the MacKenzie chieftain has a special favor to ask from Claire.