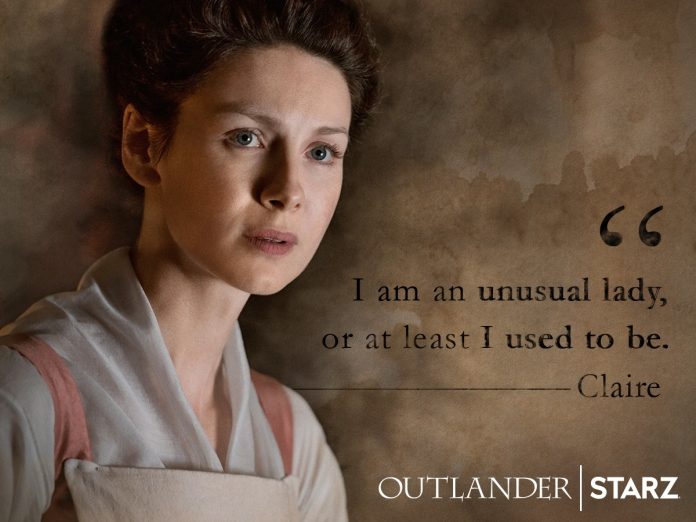 Titled, “La Dame Blanche,” Claire alongside husband Jamie (Sam Heughan) will host a lavish wine and dine in episode 4 to hopefully discourage some of the influential people and investors in the French society from funding Prince Charles’ war.

However, someone will put Claire’s life in danger as the couple realizes that not everyone around them welcome their presence and are actually happy that they have moved to Paris. The main suspect for the incident is said to be Comte St. Germain (Stanley Weber).

In an interview with The Hollywood Reporter, Balfe teased, “So when this happens, first of all she goes to Master Raymond [Dominique Pinon] who she considered her friend and interrogates him over whether he had any part in it.”

“But she has her suspicions that it’s the Comte St. Germain. She starts to realise that there’s a lot of danger in Paris and that she needs to maybe be more careful,” the actress added.

Despite fearing for their child, Claire and Jaime will continue their plan in infiltrating the Jacobite Rebellion. The duo will discover that the prince is having some problems with his relationship, and they will use this knowledge and his broken heart to weaken his credibility.

Moreover, the narrative will also showcase Jamie finding out that Black Jack Randall (Tobias Menzies) is still alive. Viewers may remember that from last episode, Claire kept the information a secret from him to help him get over the trauma of being raped and assaulted.

Talking to Yahoo! Heughan shared the current state of his character, “Jamie is not in a healthy place when they begin this part of their journey. And France and the mission they are on there trying to infiltrate the Jacobite rebellion and stop the battle of Culloden and a race of people being wiped out has a lot of consequences on their relationship, and love may not be strong enough to see them through. They’re not comfortable in this world.”

It remains to be seen how he will react with the revelation when season 2 episode 4 airs on Saturday, April 30 at 9 P.M. ET.

'Peaky Blinders' season 3 release in May; Natasha O'Keeffe teases it...

'Once Upon a Time' season 6 plot spoilers: Aladdin's story will...