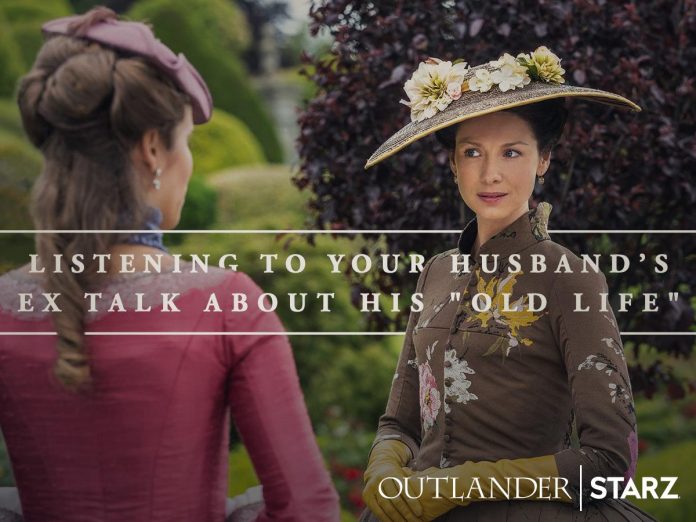 Jamie (Sam Heughan) and Claire’s (Catriona Balfe) relationship will once again be tested in the brand-new installment of Starz’s “Outlander” season 2.

Following the hospitalization of Claire in L’Hopital Des Anges and Jamie’s imprisonment in Bastille because of duelling last week, episode 7 titled “Faith,” will see the repercussions of their actions. In the description shared by TV Guide, it turns out that having a duel during a dinner party seems to be a more serious offense than brawling.

The responsibility of freeing him from the jail reportedly falls on his wife, who will have to betray their marriage to convince the right people that Jamie should not spend the rest of his life in a cell. She is predicted to do what it takes to save her husband. However, she may not be the only one that pays the price for a deal.

In a sneak peek, Claire says “It’s my fault,” while talking to a nun. She then asks if there’s any communication from Jamie, “I’m afraid your husband will remain in prison at the king’s pleasure,” the latter answers.

Claire also shares her feelings “He betrayed me, mother. Revenge matters more to him than me. Why is that?” She has been advised that whatever her decision may be, “It stays between you and God.”

Speculations suggest that if the adaptation follows the original source material “Dragonfly in Amber” by Diana Gabaldon, it is possible that Claire’s baby will become stillborn. She will spend more days in the hospital with no word from Jamie.

After she recovers from grief, she will find out that Jamie has been arrested. She will then request King Louis (Lionel Lingelser) to pardon him. The monarch is said to agree but asks her to use her powers as La Dame Blanche to judge two men accused of practising the dark arts. Claire must choose between Comte St. Germain (Stanley Weber) and Master Raymond (Dominique Pinon).

It turns out that she will declare St. Germain to be associated with a group named Les Disciples du Mal. It is also predicted that she may become intimate with the king as an additional payment for her request. However, it remains to be seen if all these will come to fruition.