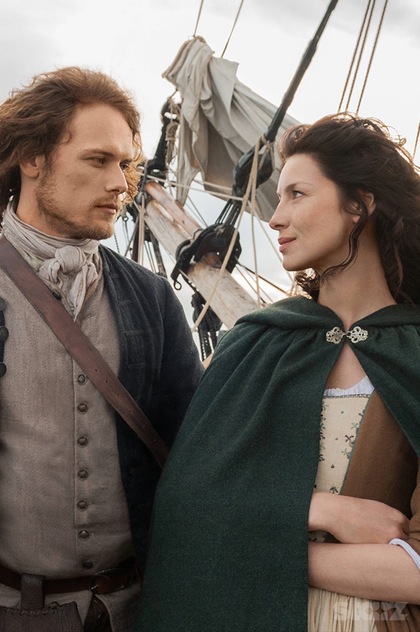 American-British television drama series “Outlander” will be returning for its second season in April. With just a few months before the new season airs, details are starting to emerge regarding the show.

Sam Heugan, who plays the role of Jamie Fraser in the show, revealed in the Television Critics Association winter press tour in California last Friday that fans will still see trauma from last season’s rape, but clarified that it will not be the center story of the show, noted TV Line.

He elaborated, “Time is a great healer, and ultimately, [Jamie] puts his whole body and soul into this mission about changing history.” He added, “And there is a great revelation that cures him, or brings him out of himself. I can’t tell you what that is, but it certainly brings back the old Jamie,” noted the same report.

On the other hand, Claire, portrayed by actress Caitriona Balfe, will be having difficulties in her pregnancy, especially as they are facing the uprising. However, the biggest confrontation they may have to face in the season is when she finds herself face-to-face with her 1940 husband.

She shared, “There is that reverse thing where every time she looks at Frank, she can’t help but see Black Jack. There’s many layers of why that relationship is difficult when she goes back. She’s definitely not the same woman that left.”

Meanwhile, fans are intrigued with the relationship of the two main characters of “Outlander” off screen, reckoning that they are dating in real life because of their chemistry.

However, Balfe clarified, “We’re not together,” in an exclusive scoop from E! News. She explained that they are great friends, which contributes to the comfort when doing the set, but she apologized “for breaking people’s hearts,” and said, “I think it would be difficult for us to work together and be together.”

“Outlander” season 2 will return to the small screen in April.