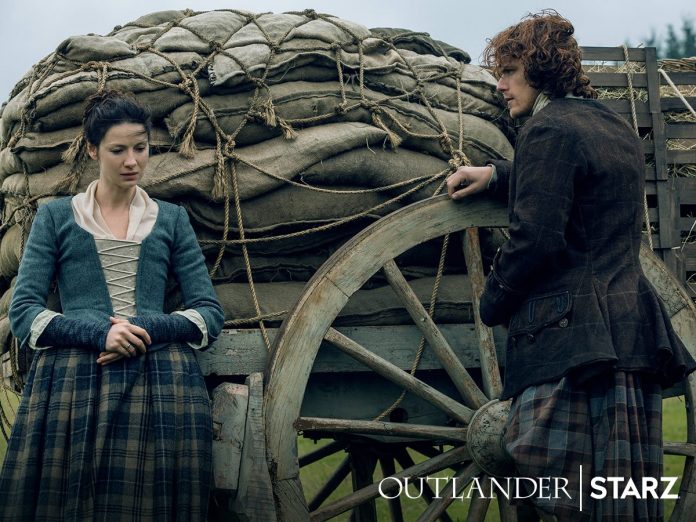 Season 2 of Starz’s hit periodical drama “Outlander” is quickly coming to a close with a finale that could potentially break the hearts of the viewers.

All season long, protagonists Claire (Caitriona Balfe) and Jamie (Sam Heughan) tried their best to change the course of history and put a halt to the Jacobite Rebellion. However, despite their efforts, the Battle of Culloden looms nearer and their future as a couple seems to be more uncertain.

In an interview with Access Hollywood, Heughan teased that, “I haven’t seen the last episode. Obviously I was in it somewhere, but I just remember it being very, very emotional and critical, actually. The time is getting so close to zero hour, to the point that they have to stop history from happening. Whether or not they do is the spoiler.”

Titled “Dragonfly in Amber” a nod to Diana Gabaldon’s second novel of the same title that the show is based on executive producer Maril Davis added that the 90-minute installment can be expected to be a tearjerker. She warned that the viewers will have to ready their tissues and whiskies as they are going to need it.

Davis noted that she does not cry any more at playbacks because she has seen it many times but she cried three times watching the finale, “The music is wonderful, the writing’s amazing. I mean, Caitriona and Sam are heartbreaking.”

Aside from the harrowing turmoil about to unfold, writer and producer Matthew B. Roberts shared that fans will also witness surprising moments that may leave them feeling a little bit shocked and even angered.

The concluding installment will kick off with a flash forward to 1968, with Claire on a journey to Scotland with her 20-year-old daughter Brianna (Sophie Skelton). As they attend Reverend Wakefield’s (James Fleet) funeral, they will meet his adopted son, Roger Wakefield (Richard Rankin).

Claire also pays a visit to Culloden Moor and Lallybroch to try to put things behind her. She will eventually tell her child about the truth of her parentage and her life back in the 1700s.

These scenes will be intercut with the ones happening in the 18th century during the day of the historic battle. Dougal (Graham McTavish) overhears the dangerous plan and confronts Jaime. In the end, Jaime is compelled to do anything he can just to save the lives of many, even if it means saying goodbye to his beloved wife. Before parting ways, they renew their love at Craign na Dun.

Season 2 episode 13 of “Outlander” airs on Saturday, July 9 at 9 p.m. EST. Fans who may want to catch up before the finale may be able to do so as the network will have replays of the series starting July 2.

Fallout 4's Androids: stunning images in The Art of Fallout 4...