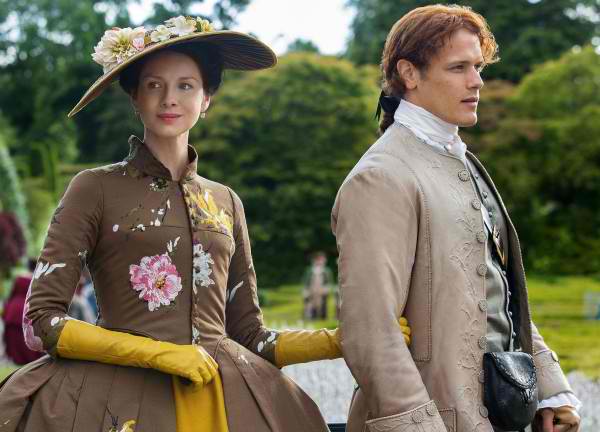 “Outlander” main star Sam Heughan, who plays the role of Jamie in the Starz hit series, discussed in an interview what fans will get to see in the new second season of the show and the tone that it will have compared to that of the pilot season’s.

In the second season of “Outlander,” the series takes main characters Jamie and Claire into the early French era, as they both try to change history by attempting to stop the Jacobite rebellion led by Prince Charles Stuart and preventing the battle of Culloden from ever happening.

In a recent interview with Collider, Heughan talked about how different the new season is from the first one. According to the actor, the new setting means that the series will have a visually different take.

“The themes and feel of it are different, as well,” he added, and went on to give an overview to fans. “It’s this world that we don’t quite understand, and Jamie and Claire are struggling there. And yet, ultimately, it’s very important for us to go there because when we do go back to Scotland, it’s a release. It’s like, ‘Ah, this is what we missed.’ So, they’re in France and there are a lot of things for them to contend with. Jamie is working all day on the mission, and at night, he’s going out and drinking, all the time, because of what’s happened to him. That’s pulling him and Claire apart, and he’s plagued by it and won’t open up about it, so it comes to a head. It’s something they need to get over and, because of that, Paris is not a particularly joyous place.”

Also, the new season will be lighter compared to the dark first season that fans saw. This will be supported by new characters that will be joining Jamie and Claire in yet another chapter of their adventures.

“There are some light-hearted moments,” Heughan added. “He’s got his companion, Murtagh, who is always a source of entertainment, in some way or another. There’s also this great character, Fergus, played by Romann Berrux, who is this very wonderful little French boy that brings a great energy into the room. The way that Jamie and Claire react to him is great, and it just lightens everyone. You get to see their more frivolous side.”

“Outlander” airs every Saturday on Starz.

'Clash of Clans' September 2016 update for game not coming, next...