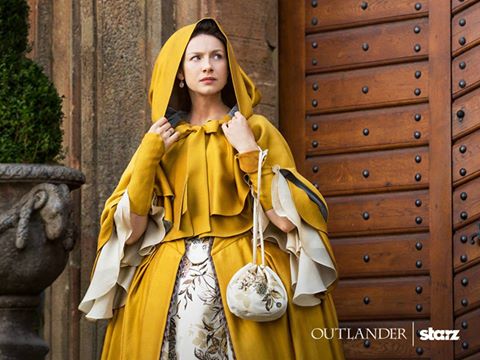 Meanwhile, when it comes to the highly anticipated new installment, a new promo poster featured Balfe’s lead character Claire Randall dressed in an exquisite yellow hooded dress with her baby bump in clear view. The photo was captioned, “She’s the mastermind behind a history-altering scheme.”

The image is said to hint on what will happen between her and Jamie’s (Sam Heughan) romantic relationship as she can also be seen in other pictures having a full-looking belly while the latter is naked.

Reports claim that Claire may have found out that she is expecting during season 1, and it is expected that the narrative will elaborate on her new condition. It may also give light to the trailer with the protagonists toasting for new beginnings before they move to Paris.

Moreover, the search for who will portray the role of Brianna continues with the show’s producer Maril Davis humorously stating that she will take on the role. But Heughan seems to disagree and challenged her announcement, insisting that he will double up for the part.

Co-producer Matthew Roberts took it to Twitter to share an image of the two seemingly fighting over the portrayal of the character as they compete in arm-wrestling with Dougal MacKenzie (Graham McTavish) officiating them. The caption reads, “Who will emerge victorious?!The #Brianna-off continues!”

Season 2 of “Outlander” is slated to air sometime in April.