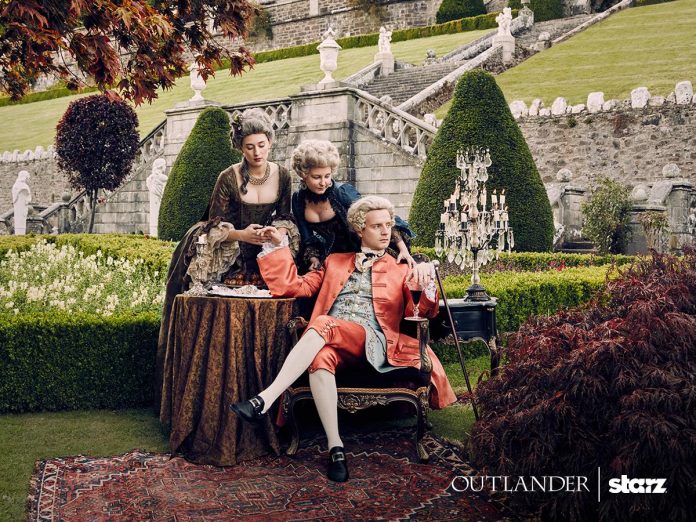 The wait for the highly anticipated second season of Starz’s periodical drama “Outlander” is almost over, as the new installment will premiere in less than two weeks.

Presumably to keep hype the fans, members of the cast and crew have teased what may be expected as lead characters Jamie Fraser (Sam Heughan) and Claire Randall Fraser (Catriona Balfe) head out of Scotland to go to France on a mission to stop the Jacobite rebellion from happening.

In a recently released behind-the-scenes footage titled “Creating New Worlds,” Heughan shared, “Season 2 of ‘Outlander’ is in Paris, an extravagant and vast city. It is completely different world from season one.”

“It’s that contrast from last season that makes it outstanding. First couple of scenes that you get to see when you get to Paris is that, it’s very vibrant and alive,” Balfe added.

When it comes to the design and look of the show, production designer Jon Gary Steele stated, “Everything is very ornate, very grand and more elegant.” Meanwhile, set decorator Gina Cromwell stated that attention has been given to details as it is the fashion-forward capital of the world, “We’ve brought people into this world with that level of detail.” It is also revealed that the clothes were hand-painted and embroidered to make them look amazing and fit the character.

Meanwhile, newcomer to the series Rosie Day teased her role as Mary Hawkins, described to be a shy fifteen-year old who Claire adopts and takes under her wing upon discovering that she is being sold into an arranged marriage and needs help getting out of it.

“From that moment, you see her develop from a very stuttery and shy little girl into a woman over the course of the series; it was really lovely to play. The series is full of romance, war, and torment; it is very dramatic but it is great,” she said.

“Outlander” season 2 is slated to air on Saturday, April 9.

Frozen 2: Reports claim there may be a duet by Elsa...