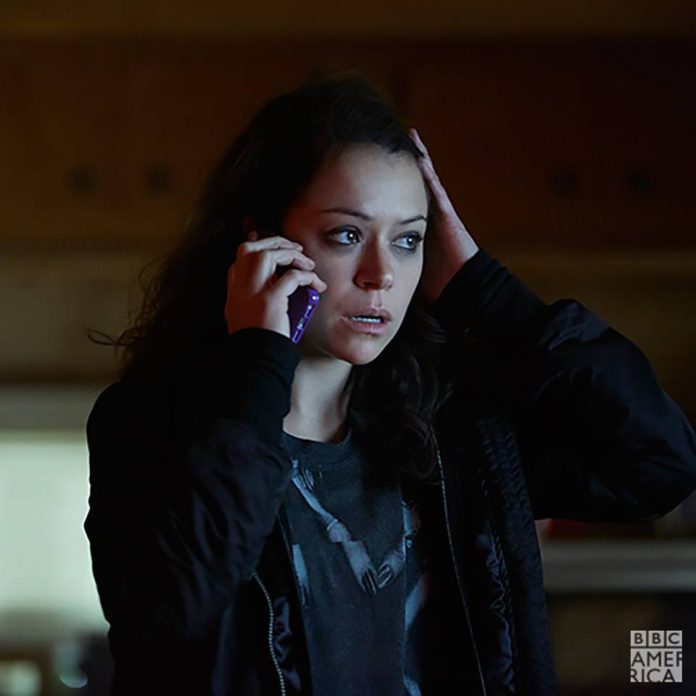 The Leda clones (Tatiana Maslany) will be experiencing another setback in the brand-new episode of BBC America’s “Orphan Black” season 4.

Titled “The Antisocialism of Sex,” the synopsis reveals that following a devastating loss with Kendall Malone’s death (Alison Steadman), Sarah reluctantly returns home from her hideout in Iceland to track down an elusive and mysterious ally tied to the clone who started it all – Beth Childs.

After she deliberately erased all of Cosima’s research and DNA samples when she mistakenly thought that Susan Duncan (Christy Bruce) was their enemy, Sarah will follow Beth’s footsteps into a potential dangerous relationship with a new enemy. With constant pressure to protect the sisterhood and keep everyone safe, Sarah’s old habits begin to resurface.

Viewers may remember that in “The Scandal of Altruism,” the sisters’ hopes of finding a cure seems bleak when Siobhan’s (Maria Doyle Kennedy) mother and the original source of DNA for the clones was kidnapped by antagonist Evie Cho (Jessalyn Wanlim). The villain also ordered the matriarch to be shot and burned.

With their situation becoming more threatening, the close-knit sisters will be pulled towards different directions. This will make Sarah estranged from the loving relationship that has changed her for the better.

In an interview with Entertainment Weekly, series co-creator John Fawcett explained their decision to end Kendall’s storyline, “Obviously this was a big emotional decision, but also it’s a decision that puts everybody in a very difficult place. Where we thought we had a sure fire answer, now suddenly we don’t. In fact, we’ve got nothing. In fact, we’ve got less than what we began with.”

Executive producer Graeme Manson added that Sarah is not the only one to blame for what they are experiencing as Cosima also contributed to it. “They can both take some heat for that. We know that Sarah is rash and makes mistakes. And so does Cosima in this instance. They’re the ones that decide to go ahead with this. They’re the ones that decide not to tell Siobhan. They own it,” he stated.