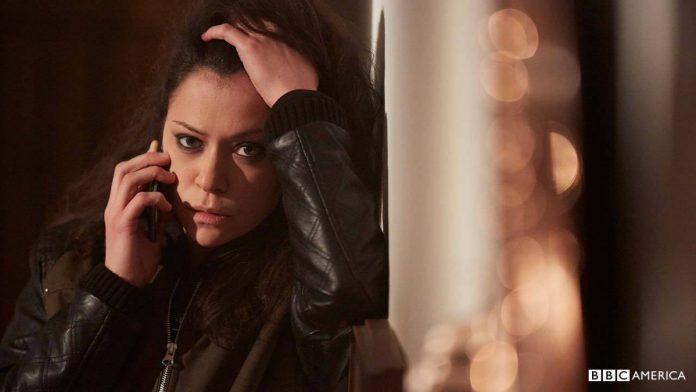 Hit BBC AMERICA TV series “Orphan Black” would only be coming back for one more season as it was announced that the series would be seeing its last run in the upcoming season 5. The announcement of a renewal for a fifth and final season was made only mere hours before the season 4 finale aired last June 16.

“‘Orphan Black’ is a thrilling, genre-bending ride that has captured our fans’ imaginations and hearts like no other show,” said Sarah Barnett, president of BBC AMERICA. “Our genius team of actors, writers and producers have, time after time, taken us to a place of awe, delight and utter shock and surprise. Tatiana has been and continues to be a complete revelation, hers is one of the most remarkable performances on television, and she is joined by an extraordinary cast. We can’t wait to take our incredibly passionate audience on one final gobsmacking clone adventure.”

The final episode of season 4, titled “From Dancing Mice to Psychopaths,” left a good number of questions hanging, including the fates of several characters, and will take months before answers are revealed in the season 5 premiere.

The season 4 finale saw Rachel going back as a villain as she stabbed her own mother, Susan Duncan. She also stabbed Sarah, and how Sarah could survive in the island remains to be mystery. On the other hand, Sarah’s family had been held hostage by Ferdinand while Allison and Donnie are on the run hiding.

Another highlight of the season finale was the reunion of Cosima and Delphine, and they have been revealed to be in possession of a viable gene therapy that will finally cure her terminal illness, or at least that is what they are hoping.

However, the biggest reveal of the season finale could very well be the fact that P.T. Westmorland, who had been repeatedly mentioned as the man who began Neolution over a century ago, was alive and well.