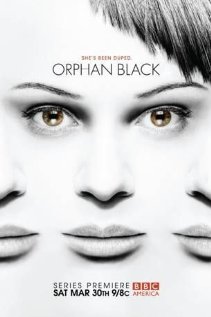 With the season 3 of ‘Orphan Black’ ending on a very satisfying note, there is only one plot line the next season could pursue, the path of the neolutionists.

Last on the season 3 finale, it was revealed how Nealon was a part of the Neolution club and had Rachel in his grip, without her knowledge. In the last season, it was revealed that Rachel is now with the neolutionists in an unknown location in Europe.

Also, the neolutionists, in a ploy to take over Top Side, shot Delphine. Although, it isn’t clear if Delphine is dead, yet. According to a report on Food World News, Delphine could still be alive for the next season, given how the clones need her help to take down the neolutionists.

Speaking to The Hollywood Reporter about the appearance of neolutionists in the next, Graeme Manson, the co-creator of the show, said, “On the one hand, Sarah’s finally fought her way through the factions to look behind the curtain, and she’ll have one main foe. On the other hand, Neolution is diffuse; it’s everywhere and nowhere at the same time. It’s a new kind of enemy for us; it’s cool.”

Meanwhile, Sarah is yet to discover the fact that Hendrixes were hunted down by the drug dealer Pouchy’s men. In the penultimate episode of season 3, it was shown that Helena slaughters all the drug dealers who make fun of her babies. According to a report on TV Line, the next season will see repercussions of this brutal murder by Helena.

Speaking about the effect of the drug deal gone haywire, Manson said, “The Hendrixes are still bonded, but there’s a few things that happened at the end of the season that could have some impact going forward,” according to The Hollywood Reporter.