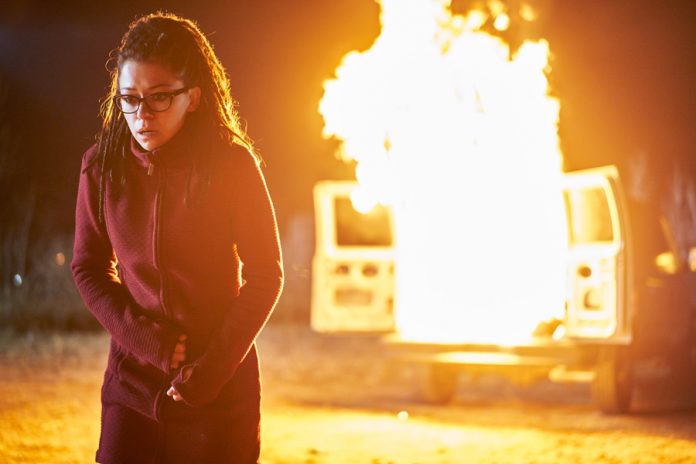 The hit BBC America series “Orphan Black” once again featured the death of one of the major characters in the episode titled “The Scandal of Altruism.” The creative minds behind the TV series discussed in a recent interview the reason and the purpose behind killing Kendall Malone.

In the episode, Kendall met her death. After being kidnapped and shot, she was killed and all of her DNA was destroyedall thanks to the new villain Evie Cho.

“Orphan Black” co-creator John Fawcett said in a recent interview with Entertainment Weekly that deciding to kill off a character has never been easy.

“Whenever we do something like this, it’s never an easy decision to make,” Fawcett said. “Obviously, this was a big emotional decision, but also it’s a decision that puts everybody in a very difficult place. Where we thought we had a sure fire answer, now suddenly we don’t. In fact, we’ve got nothing. In fact, we’ve got less than what we began with. Not only is Kendall dead and her biology incinerated, but we’ve lost all of our research as well. And we are really now at the mercy of a very big new villain, which is Evie Cho, who has now presented herself.”

Series co-creator Graeme Manson likewise said that they wanted to give the show a “really big” event that will be of significance throughout the rest of the season.

“When we looked at this episode, we were looking at the shape of the whole season,” Manson said. “And we knew we wanted to do something really big in the middle. We really liked the same feel last season with episode 6 then and we wanted to make this a really big one. It’s an excellent episode written by Chris Roberts, who came up with a lot of the science around Kendall Malone’s cancer.”

Manson also explained that part of the blame for the recent turn of eventsthe chain of happenings that led to Kendall’s misfortune, the loss of all the valuable DNA that had been in the apartment of Felix, and others as wellis Cosima as she is known to be “rash” and like Sarah.

'Orange is the New Black' season 4 spoilers: changes in dynamics...