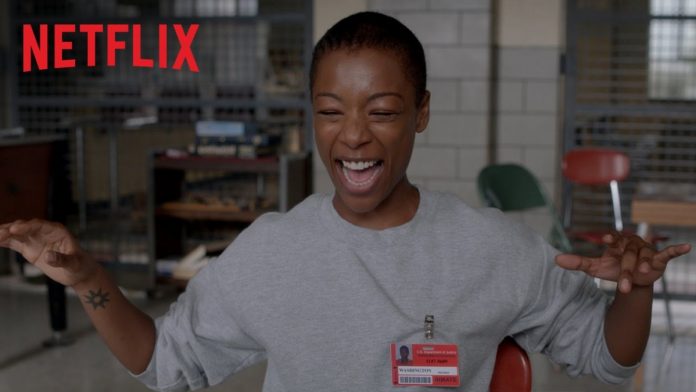 In an unexpected turn of events, “Orange Is the New Black” shook its legion of fans with the sudden death of Samira Wiley’s Poussey. And while this can be taken as anything but a happy development in the show, the actress has appeased fans by saying that she considers her character’s death as something meaningful.

“In the beginning I was shocked, confused. There was a lot of people who assumed I asked to leave the show, which is the furthest thing from the truth,” the actress told Mic.com, referring to Poussey’s shocking death. “It was news to me and I think it really took having to have conversations about the story that they were trying to tell, [the] Black Lives Matter story and realizing that this character that I created could be the vessel for that story.”

Driven by behind-the-scenes drama or not, Wiley’s departure from the series was not received well by “Orange Is the New Black” fans. Her character’s positive attitude and upbeat disposition will be sorely missed when the dramedy comes back for its fifth, sixth and seventh seasons. The 29-year-old actress chalked up the emotional attachment of the viewers to her character as the leading cause of the immense sadness brought about by her death.

Despite this, Wiley shared that the way the show handled Poussey’s death goes beyond “Orange Is the New Black.” It also somehow reflects the ongoing societal issue of police brutality toward people of color. In the series, the inmate was taking part of a peaceful Litchfield protest when a prison guard pinned her to the ground until she suffocated to death.

“It was something that we definitely did to echo things that have happened in the past with Eric Garner, Michael Brown,” she explained. “Alton Sterling and the recent deaths, it’s unfathomable to think that we would still have new names that we need to remember. People are really upset about Poussey. But I want people to be really upset about what’s happening in the real world.”

While what happened to Poussey will definitely resonate outside of the show, her death will ultimately have an effect on how the story of the series will move forward. Fans can expect that “Orange Is the New Black” season 5 will at least show grieving inmates, especially those who were closest to Poussey. It will also be interesting to see how Litchfield’s administration will handle the situation given that her murder is linked to police brutality.

No official return date has been confirmed for “Orange Is the New Black” season 5 but fans can expect it to be available for streaming on Netflix sometime next year.