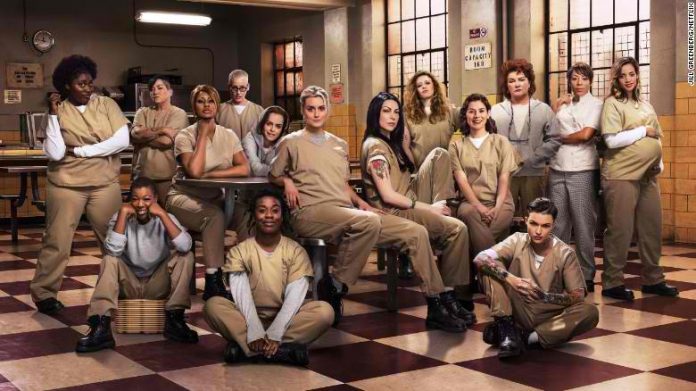 Viewers of the prison drama “Orange is the New Black” will be treated to three new characters next season.

According to Christian Today, Netflix has added three new recurring characters for season 4. The report revealed that the three new actors in the film are Brad William Henke, Mike Houston and Kelly Karbacz.

Henke is noted for appearing in Guillermo del Toro’s “Pacific Rim,” while Houston is recognizable for his role from the The Drop, and Karbacz had a role in the film Get Smart.

The report also said that the three actors were invited to join the show in the middle of producing the new season. However, there were no details specifying what roles the actors will be playing in the Netflix show next year although Henke and Houston could play jail guards while Karbacz is a worker in the management of Litchfield Prison.

On the other hand, Laura Prepon revealed that her character Alex will undergo several changes. She will be tougher, the actress said, as a result of her near-death experience in the past season.

“I don’t think you’re going to see a more timid side of Alex. If anything, she’s justified in her paranoia… That empowers her, in my opinion,” Prepon teased in an interview with TV Guide.

She also said that Alex will always have an amiable relationship with another inmate, Piper, played by Taylor Schilling.

Schilling had said in a separate interview with Bustle that Piper will take some “destructive and dangerous” actions in an attempt to exert some control on her experiences as an inmate in Litchfield.

“The more control Piper has, the more she craves it, regardless of the cost,” the actress explained.

Schilling also said she hopes that Piper ultimately finds a way to redeem herself in season 4, as she is aware that there is a general dislike for her character amongst the show’s viewers.