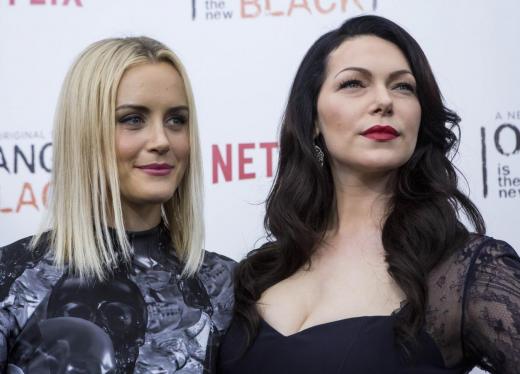 Details of the Netflix hit original series “Orange is the New Black” are being kept under wraps. Presumably to help with the wait and plug their latest service offer at the same time, the online streaming giant released a new promotional video.

On the clip titled, “Mystery iPhone,” Crazy Eyes and Taystee stumbled upon a smartphone left on one of their prison beds. The former says, “Someone is trying to communicate with us from the outside,” to which the latter quips with, “Lord, let it be Hammon.”

They then started conversing with virtual assistant Siri, with Crazy Eyes saying, “Maybe she’s here to help us resolve our existential problem,” and asks “Siri, will I ever find love?” The video ended with a guard trying to bust them while they pretended to practice for drama class.

Previously available to stream on laptops and desktops only, Netflix also tapped Apple Store and made the first three seasons available for users of iPhones and iPads via in-app purchase on iOs devices.

Meanwhile, when it comes to the characters, fans hope that Ruby Rose will reprise her role as the fan-favorite androgynous Stella.

After Piper put contraband in her cell which sent her to maximum security prison, it is suggested that her storyline may continue when she befriends Nicky and they team-up to create more trouble inside.

Although no official words have been stated yet, Ruby Rose teases on an interview that, “It could go either way!” Movie Pilot reports.

Moreover, viewers can look forward to the return of Laura Prepon as Alex who was last seen being held at gunpoint by someone sent by a drug dealer.

The actress confirmed to TV Guide that she survives the attack and said that the incident will change her, “I think that empowers her. In Season 4, we definitely don’t see a timid side of Alex.”

For those who may be wondering if there is any reconciliation happening between her and former lover, “You can’t control where your heart goes. Alex and Piper will always have a connection, and I definitely think that if Alex needed her or she needed Alex, they would be there for each other completely,” Prepon hinted.