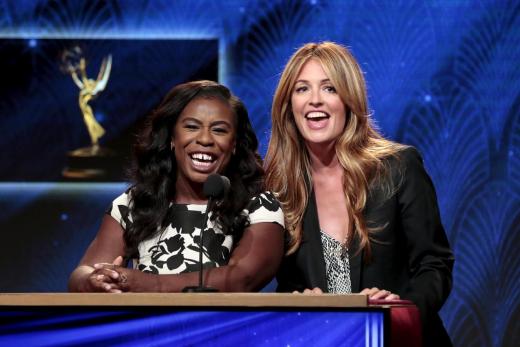 With the production of Neflix’s critically acclaimed series “Orange is the New Black,” in full swing, the show has slowly been unveiling some details for the fourth season.

At the end of season three, a bus full of new inmates was seen arriving to Litchfield Penitentiary suggesting that there will be new faces added to the cast. Among the confirmed ones are Shannon Esper as the character of Alana Dwight and Jolene Purdy for an unnamed recurring role. Alana is described as someone who is impossible to hate because of her meek ways.

It was also shown during the cliffhanger ending that Laura Prepon’s Alex Vause is facing off an assassin and is about to get shot. For the fans who may be wondering if she will make it, a suggestive post in Instagram by Prepon herself predicts her return. She captioned the photo with, “Glasses Eyeliner Badge… excited to get out there and make an awesome season for you guys! #season4 #alexvause #Oitnb #bestfansever.”

Talking exclusively to Deadline, she shares how she feels about the recognition, “It’s scary, it’s very humbling and overwhelming. I don’t even know if I have the words to capture the volume of what I’m feeling.”

She revealed that she was about to give up her career in acting and try to go back being a lawyer before she got the call for the job.

Adding some hints on what’s to come for Crazy Eyes, Aduba said that viewers will see the result of her personality evolving all throughout the first three seasons, “Because of her inner evolution, it will be interesting to see whether she decides if that is her love or not. Before, she was just taking whatever she could get.”