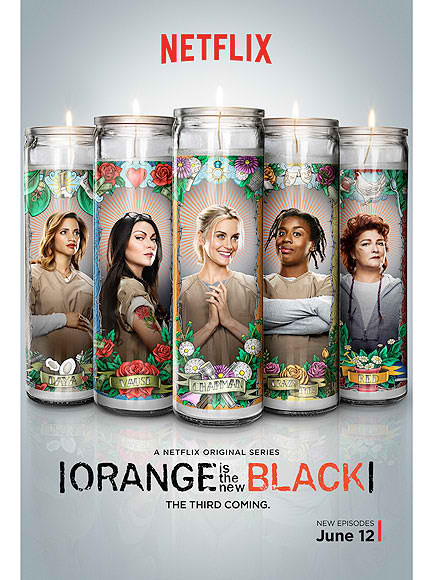 Netflix has released the entire season three of its most popular series, Orange is the New Black, only last June 12, but fans who binge watched the show are already clamoring for details of the new season. Unfortunately, not many spoilers are available as even the stars are kept in the dark until they begin filming.

Actress Taryn Manning, who portrays Tiffany “Pennsatucky” Doggett, revealed to HNGN that even the actors do not know what will happen to their characters before they officially start filming.

“They’re so private about the show that they won’t even tell us exactly when we start shooting. The whole thing is on lockdown. Secrecy is a pretty big rule. We don’t see scripts in advance and won’t until we start shooting,” she said.

She teased however, that the writing just keeps getting better with each episode.

“I can’t spoil anything! To me, the writing keeps getting better and the characters are being fleshed out and developed. People will come and go, but that’s jail – it’s ever-changing.”

However, some rumors have reported that the show has begun filming at the abandoned Rockland’s Psychiatric Center in Orangeburg, New York. According to Lohud, some episodes for the latest and previous seasons were regularly filmed in Rockland where the center is transformed to stand-in as the fictional prison, Litchfield Penitentiary.

Meanwhile, composer Gwendolyn Sanford teased that some of the songs heard on the show may recur in season four as some themes are being passed on.

“These songs may show up in season 1, you might hear it again in season 3. And then something that shows up in season 2 comes full circle in season 4. As it’s all unfolding we just have to be ready to have all of tools out and kind of keep track of everybody’s music and think, “Where can we revisit that again?” she shared to Billboard.

Games of Thrones 6 production news: GoT might film again in...