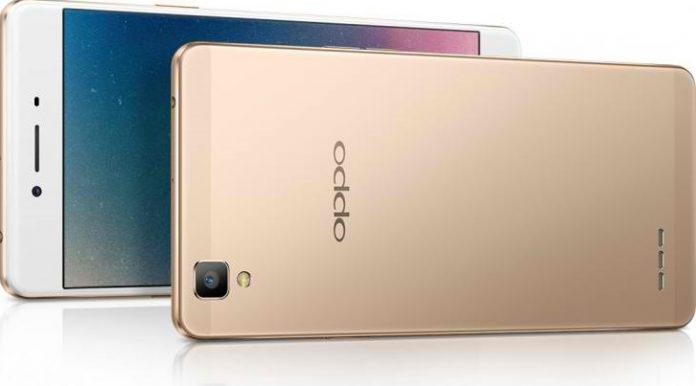 Chinese mobile manufacturer OPPO recently unveiled yet another midrange smartphone in the market. This time, the new OPPO A53 takes the spotlight.

Launched silently via the company’s official Chinese website, the new OPPO A53 had been part of previous reports, as the device previously got through the Chinese regulatory body TENAA, indicating that a launch of the device may come sooner or laterand sooner it was.

One of the first things that this new midrange device can boast is its all-metal unibody build. The A53 smartphone measures 153 mm tall, 77 mm wide, and 7.43 mm thick. It weighs only 165 grams.

The device features a 5.5-inch IPS display, featuring a 2.5D curved glass design on the front panel and display. The display has 720p HD resolution, with pixel density rate of 267 ppi. It runs under a Qualcomm Snapdragon 616 MSM8939, with an octa-core Cortex A53 CPU clocking in at 1.5 GHz. It packs 2GB RAM along with 16GB built-in internal storage capacity. The new A53 has support for an external microSD expansion of up to 128GB.

As for the camera, the new A53 smartphone has a 13-megapixel main rear camera featuring a LED flash for better outdoor low light image capturing. This is coupled with a 5-megapixel front shooter for selfies.

The A53 is powered by a high capacity 3,075mAh battery. It boots on Android Lollipop 5.1 with OPPO’s own Color OS 2.1 on top of it. The new version of the Color OS is “faster, smoother, and has better interface,” which also features 252 optimized display scenes, 331 ms app launch average time, and 30 percent faster boot up speed compared to the previous version. Version 2.1 also has a built-in cleaner app for the device, which optimizes RAM and disk space usage for smoother and better performance. The Quick Shake feature, meanwhile, performs various customization tasks just by shaking the device, such as automatically sorting each application to separate folders.

No exact release date or price details were given yet.

2018 Ford Mustang Shelby prototype spied in Michigan, rumored to be...

iOS 9.2.1 jailbreak: TaiG and PanGu reportedly delaying release as they...