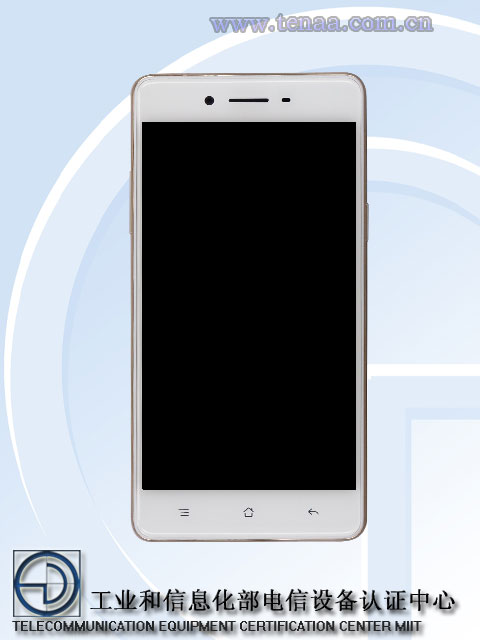 Yet another OPPO handset gets certification from the Chinese regulatory agency Telecommunication Equipment Certification Center or TENAA. The midrange smartphone OPPO A35 gets certified, indicating that the device is coming to the market sometime in the future.

The listing, aside from confirming the existence of the smartphone, also detailed the set of hardware and software specifications of the device. As per the listing, the OPPO A35 sports a 5-inch TFT display with 720 x 1280 or 720p HD resolution. It has pixel density rate of 294 ppi. The device measures 143.5 mm tall, 71.0 mm wide, and 7.25 mm thick. it weighs 133 grams.

The A35 runs under an octa-core processor of yet unknown brand and model, with CPU clocking in at a speed of 1.5 GHz. It packs 2 GB RAM along with 16 GB built-in internal storage capacity. For more storage, the device supports external microSD expansion of up to 128 GB.

As for the camera, the A35 features a 13-megapixel main rear camera with the capability to record videos of up to 108p Full HD in resolution. This is coupled with an 8-megapixel main camera for selfies and similar functions.

Connectivity options for the device includes GSM, 4G LTE, 3G, Wi-Fi, Bluetooth 4.0, and physical connection via the use of a micro USB port. It boots on Android Lollipop 5.1.1. The device is currently listed as available in gold and silver colors.

In other news, a new version of OPPO’s Color OS UI recently leaked online. The alleged version 3.0with the latest version out now currently on 2.1, showed a new look that seemingly resembles the look and feel of Xiaomi’s MIUI. The build shown features a number of Color OS V3.0.0_151216_Alpha. OPPO has not yet made an announcement for a new version of their Color OS.