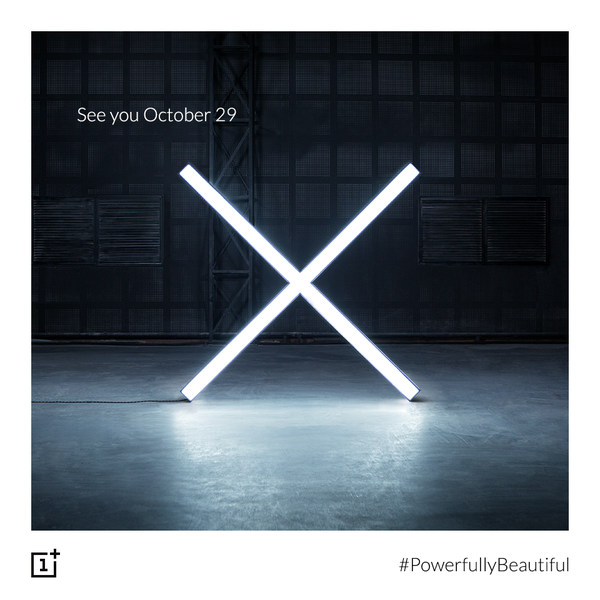 China-based smartphone maker OnePlus will release a new device during its London event on October 29.

On the company’s Twitter page, a poster teaser with an illuminated X was posted, fueling speculations that the OnePlus X is soon to be launched. It was captioned, “See you October 29, London. #PowerfullyBeautiful.”

The announcement for the event comes after OnePlus apologized for the delay in shipping of the OnePlus 1 and OnePlus 2. To prevent delays in the future, the Chinese mobile company announced that they will start manufacturing phones in India, where the biggest share of the market is located.

According to The Verge, the teaser was uploaded days after a new smartphone from the company was seen in the Federal Communications Commission filings. Based on the record, the E1005 handset has a 5.5-inch display and looks like an iPhone 4.

The resemblance is due to the black metal edging that surrounds the handset. Based on the same report, it will also have a rear-facing camera located at the upper corner and a micro-USB port. Just like the previous handsets released by OnePlus, the new one might come with modified Android Oxygen as its operating system.

Meanwhile, Tech Times reported that the phone will be powered by a Snapdragon 801 processor coupled with 3GB of RAM. The rear camera will be a 13-megapixel one, while the front-facing one will be an 8-megapixel. It will come with 2,450 mAh battery as well. Tech Times also pointed out that some rumors suggest that the much-awaited “flagship killer” might have a Mediatek Helio X10 processor or a dual rear camera setup.

Nothing has been confirmed about the price of the OnePlus X. However, the same article said that the handset might be sold through the “invite-only system” once again. Although the Chinese smartphone maker removed the invite system one year after launching the OnePlus 1, it implemented the same invite-only basis with the OnePlus 2.

'Pokemon GO' release date on iOS and Android to fall some...

Apple AirPods specs rumors: is this the new wireless headset from...