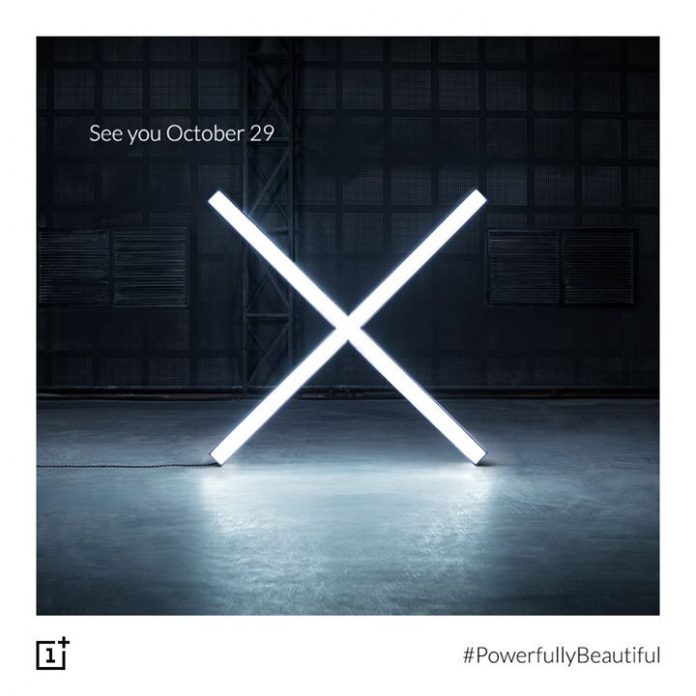 OnePlus recently left a strong hint that the long rumored OnePlus X may be actually called such.

As revealed through the OnePlus India official Facebook page, a major event in India will take place on October 29. It is now expected that the Chinese mobile company will be unveiling a new smartphone on the day.

While the announcement did not specify any further details, the image shown greatly hints at the long rumored name of the upcoming OnePlus smartphone. The big “X” glowing brightly was taken as a hint that the upcoming phone will indeed be called the OnePlus X. OnePlus tagged the photo “Powerfully Beautiful”, a remark close to the company’s previous statement that their new smartphone will cater to users who favor a fashionable appearance more than a highly powerful piece of tech.

This is not the first time that the company teased the “X” in the new OnePlus smartphone. According to a previous report by Phone Arena, OnePlus CEO Liu Zuohu made a post via his official Weibo account that seem to have teased the coming of the new OnePlus smartphone. In his post, Zuohu showed a screenshot of a map, with four lines meeting at an intersection of a road, forming a strong accent of an X symbolwhich was perceived as a teaser for the OnePlus X name of their upcoming release.

The new “X” teaser comes after Amazon India “accidentally” posted a certain “OnePlus Mini” smartphone on their listing, even with detailed specs.

The rumored OnePlus X smartphone, which is not a flagship in any way, sports a 5-inch wide display with a 1080p Full HD resolution, and is equipped with 2.5D Corning Gorilla Glass on top of it. Unlike previous rumors, this alleged prototype runs under an octa-core MediaTek Helio X10 chipset (MT6795T), with a 2.2 GHz Cortex-A53 CPU. It packs 2 GB worth of RAM, along with 32 GB worth of built-in internal storage capacity. Support for an external microSD expansion was mentioned.