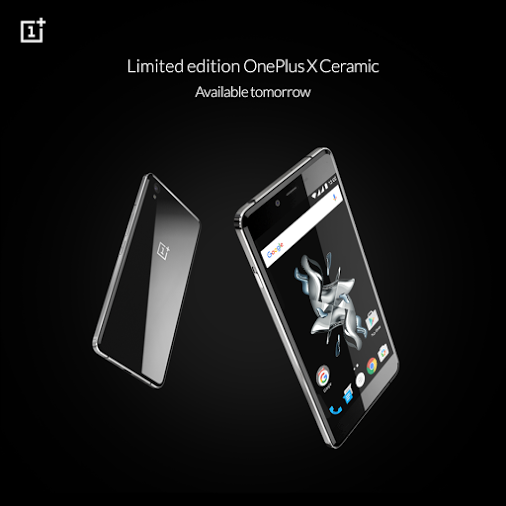 The Limited Edition variant of the new OnePlus X smartphone, the OnePlus X Ceramic  is now available for purchasebut only for the lucky few who were able to get special invites.

As revealed by the company’s official Google+ account, the limited edition OnePlus X Ceramic is now available for purchase. However, just like in all other previous releases from the company, the sale will not be open to the public and will require an invite. Moreover, an ordinary OnePlus invitesuch as one used for the OnePlus 2, or even the one used at the release of the standard OnePlus Xwill not be honored.

On the bright side, the company promised to give users “more ways” to obtain the limited edition smartphone variant. However, they did not specify whether they plan on going for an open sale, just like what they did with the OnePlus 2 flagship.

The limited edition OnePlus X Ceramic will not be sold worldwide as it will only be available in countries such as Europe, India, and Hong Kong, and other parts of Asia. A total of 10,000 units is available.

OnePlus X Ceramic is made of zirconia ceramic that is composed of sand coming from Australia. Aside from the premium physical build, all other specs remain the same. Meaning, it runs under Qualcomm Snapdragon 801 processor and packs 3GB RAM and 16GB of built-in storage. External microSD expansion of up to 128GB is also available.

Moreover, the smartphone sports a 5-inch AMOLED display with Corning Gorilla Glass 3 protection. Resolution is pegged at 1080p Full HD. A 13-megapixel main rear camera is present, which is coupled with an 8-megapixel front snapper. It is powered by a 2,525mAh LiPo battery and runs on Android Lollipop 5.1.1, with OxygenOS on top of it.