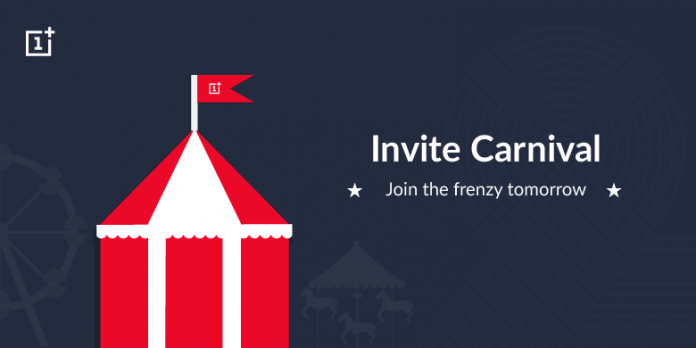 Indian users who are very eager and excited to get their hands on the much sought for OnePlus 2dubbed as the “killer flagship”had their chance to win one of the 3000 invites up for grabs, as OnePlus held a contest event for users to have the chance to purchase the OnePlus 2 in India.

Called the Invite Carnival, interested participants from India who would like to try their chance for an invite to be able to get the OnePlus 2 participated in various quizzes, puzzles, and other mini-games.

“Love quizzes, puzzles, trivia and the like? Then this ought to be right up your alley. Be among the first few to answer them and bag an invite. Total of 3,000 invites are up for grabs! With the passage of time, we will roll out more number of invites,” the event description said.

A few rules was set for the contest:

Users head on to the official OnePlus India Facebook Pageto participate in the puzzles, quizzes, and games. The contest lasted for two days, beginning on September 22, and going through September 23. Each contest per day starts at around 12 PM, Indian time.

Winners will be announced on September24.

For refreshers, the OnePlus 2 is the highly anticipated new flagship device from OnePlus, following the successful OnePlus One. The new device was even called the “killer flagship”. Among the most notable features of the OnePlus 2 include a much faster fingerprint sensor, a Snapdragon 810 v2.1 processor that is promised to be “cooler than ever”, USB Type-C port, and 4GB of LPDDR4 RAM.

Live-action 'Mega Man' movie to be brought to life by 20th...