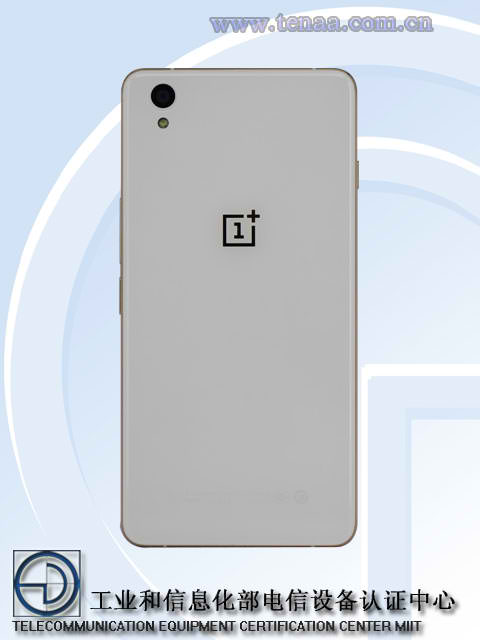 The long rumored OnePlus 2 Mini smartphonethe first “Mini” device by the company, should it end up being called as suchjust got one step closer from being a reality. A new OnePlus device has been spotted on a TENAA listing, which is said to be the OnePlus 2 device.

Listed on the database of the Chinese Telecommunication Equipment Certification Center or TENAA, China’s regulatory and certification body when it comes to electronic devices, the said device is called ONE E1000. Its certification has a grant date of Dec. 28, 2015.

While it is believed that the device will be called a “Mini,” the specs listed for the new smartphone cannot be considered “mini” in any way. As per the TENAA listing, the OnePlus ONE E1000 smartphone sports a 4.99-inch OLED display with 1080p Full HD resolution. The device measures 140 mm tall, 69 mm wide, and 6.9 mm thin. It weighs only a mere 138 grams.

It comes with a quad-core processor of yet unspecified brand and model with CPU clocking in at a speed of 2.0 GHz. It was rumored that the new OnePlus smartphone will run under a Snapdragon 810 chipset, but if the mentioned specs would be considered, it will appear as very unlikely to happen. It packs 3GB RAM, along with 16GB built-in internal storage capacity. The device supports external microSD expansion of up to 128GB.

As for the camera, the OnePlus ONE E1000 smartphone sports a 13-megapixel main rear camera with support for video recording capabilities of up to 1080p Full HD in resolution. It comes coupled with an 8-megapixel front snapper for selfies and other similar functions.

The OnePlus ONE E1000 smartphone boots on Android Lollipop 5.1.1. No battery information was mentioned in the listing.