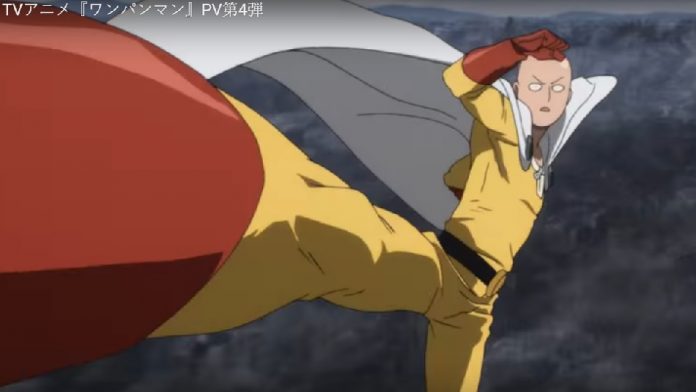 Who wouldn’t like a guy who can knock down his opponent in one blow? Although the release date remains under wraps, one thing is certain, “One Punch Man” will return for its second season. Just like its air date, season 2’s story arc of the anime series is being kept a secret. However, there are some speculations already spreading in social media.

Some sources believe that the upcoming plot of the hit series will follow the manga arc in which the protagonist Saitama would finally discover his match. But, who could that be?

It’s speculated that Silver Fang’s former student, Garou, who is also a member of the S-Class, will be Saitama’s next challenger. The Rank 3 Garou was rooted from a family of villains.

In the “Hero Hunt” arc, Bang (Silver Fang) took the young Garou in his shelter and trained him in his dojo. Garou had defeated all other martial arts scholars to prove his power. In spite of the fact that Garou was his best student, the old teacher had to exile him. Silver Fang found out that Garou created his own martial arts styles to increase his power.

Taking Garou’s aggressiveness and hunger for power into account, it appears that he’s a credible opponent for Saitama.

Meanwhile, others believe that the stoic and seemingly bored superhero will find his rival just inside the Hero Association. The rumors are pointing to Dr. Bofoi, who is also known as Metal Knight, an S-Class Rank 6 hero.

Dr. Bofoi is more focused on technological advancements and robotics that he gives no regard to others’ lives. In one meteor strike event in Z-City, the Rank 6 hero was more interested in his missiles rather than saving the lives of civilians. His personality remains a mystery, even in the manga series.

It should be noted that details for the next installment are yet to be revealed. Therefore, readers are advised to take everything with a grain of salt. It has been said that the series will return in mid-2017.