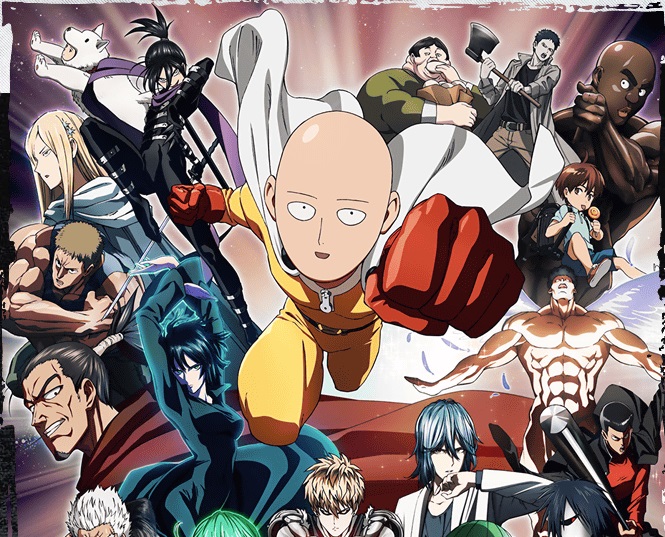 One’s superhero parody anime series “One Punch Man” has become an instant cult classic that both its manga and anime versions have already created a huge following in Japan and overseas. With season 1 of its anime version ending with a literally massive wallop, fans are now anticipating what will happen in its second season.

Fans might remember the fight between the yellow suit donning Saitama and the one-eyed leader of the Dark Matter Thieves, Lord Boros. The battle between the two reached epic proportions as Lord Boros was seen pouring barrages of attacks against Saitama. However, latter seemed to be unfazed by the moves made by the former. There was a special attack though from Lord Boros that was so powerful that it sent Saitama all the way to the moon. As the fight between the two intensified, other heroes did their part in salvaging what was left of the city and at the same time, facing an equally powerful adversary known as Melzalgald. Fortunately, the heroes figured out how to destroy the multi-headed alien by removing orbs from each of its head.

Moreover, Lord Boros eventually lost an arm in the middle of their fight, but to Saitama’s amazement, he then discovered that Lord Boros was able to regenerate his lost limb. Nonetheless, Saitama didn’t seem to care and went on with their battle until it came to a point where Lord Boros had to use his most powerful attack yet, dubbed as the “Collapsing Star Roaring Cannon” attack, in which Saitama countered using one of his so-called “Special Series” attacks, which was simply called the “Serious Punch.” Saitama won leaving behind what remains of Lord Boros.

With what transpired during “One Punch Man’s” season finale, fans can expect a more action-packed season 2 as it is speculated that Saitama might finally have a love interest in the anime series. However, it is yet to be confirmed as to whether it will be someone from the recurring cast of characters, or from the new characters that are about to be featured in the sophomore season. Another theory is the return of a more powerful Lord Boros in season 2 since it can be recalled that the one-eyed alien was still able to talk with Saitama after their fight.

As of late, there’s no definite date yet on when “One Punch Man” season 2 will be released. In the meantime, fans will just have to make a do with the show’s first season episodes that are now all over the web.