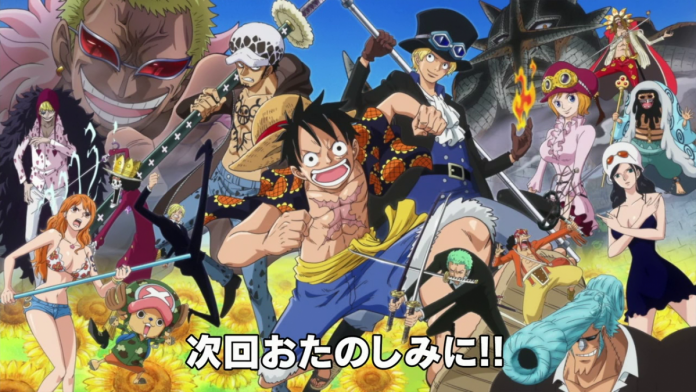 With the manga entering yet another massive arc, fans of “One Piece” are in for another adventureand perhaps another alliance? In order to save one of their friends, the Strawhats may need to ally themselves once more with a fellow pirate and take on another adventure.

The most recent happenings in the “One Piece” manga, following the saga of Dressrossa, now brings the Strawhat Pirates in a situation wherein Sanji leaves the crew in order to go to his blood familyrevealed to be the notorious assassin family, the Vinsmokes, to attend the wedding set supposedly by his father, the head of the organization.

Now, a new theory on the future of this new arc stated that a possible alliance between Luffy and friends with Big Mom may be coming. According to the theory, it could be that the Vinsmokes have been secretly in ties with the World Government, and they set up the wedding of Sanji with someone from Big Mom’s family in order to infiltrate the fortified Cake Island.

The assassin family woul then execute their real missionto destroy Cake Island and kill Big Mom. However, it appears that it won’t be that easy.

Knowing Luffy won’t stop until he gets Sanji back, he will find a way to do so. Since he had been hinted to be not yet strong enough to take on and defeat Big Mom, it can happen that Luffy will once again enter an alliance with a fellow pirate, and this time with the Big Mom pirates, in order to defeat the Vinsmokes and for the Strawhat Pirates to get Sanji back.

In the anime, Chapter 796 of the manga was recently covered in the episode titled “Fujitora Takes Action! The Complete Siege of the Strawhats.” The episode had Luffy and the gang getting pursued by the Navy after Admiral Fujitora left the choice of letting them go and arresting them once again to luck. The next episode will see the crew finally leaving the island as people and friends defend them from the Navy.