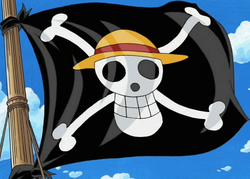 The worldwide hit adventure manga One Piecewhich gave birth to a long-running anime series, a number of movies, OVAs, music, merchandise, and an ever-expanding franchisewill have more stories to tell, as the adventure is only halfway through.

Just recently, the eighth editor of the One Piece manga was interviewed on the Japanese late-night program Gold Rush. Suguru Sugita discussed the perks of being the editor to the manga, working with creator/mangaka Eiichiro Oda, and the future of One Piece.

The translation of the interview is courtesy of One Piece Podcast.

As it turns out, the biggest perk of being an editor of One Piece is that he, too, will get to know the ending of the adventures of the Straw Hats straight form Oda himself.

“[He told me] about seven hours after I became his editor on the phone. He asked me whether there was anyone around. I told him no, and he said, ‘alright, I don’t have anyone around me either, so let’s talk,’ and then he told me,” he said.

The adventure will live on for a little longer, as the story is far from being over.

“He told me that the first part of the story, the part prior to the time-skip, was around halfway through. That was about 60 volumes, so maybe we’re at 70%? I don’t think it’s at 80% yet.”

But with that, fans can expect the story to dwell on the main plot even more, rather than see the characters take on more side quests and filler stories.

“Now that we’re in the second half of the story. I think there will be more and more chapters that revolve around the main plot. The Four Emperors will also appear more in the story, so I think you’ll really enjoy what happens next!”

One Piece is in continuous weekly serialization at the Weekly Shonen Jump manga, with currently 794 chapters, and 698 episodes in the anime.