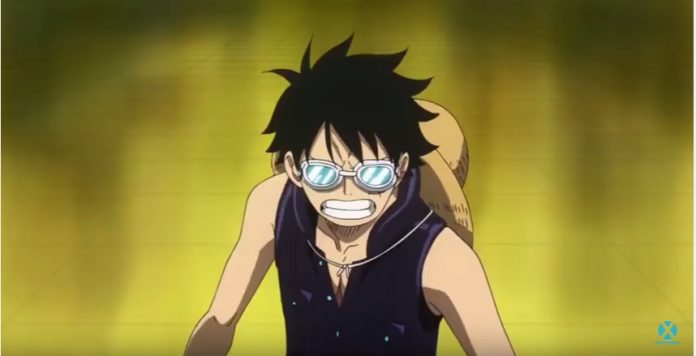 Toei Animation
A screenshot of Luffy from “One Piece Film: Gold.”

Predictions suggest that the upcoming chapter 845 of hit manga series “One Piece” will feature another fight between Big Mom’s sons and the Straw Hat Pirates. Meanwhile, the Mirror World will apparently be used to help Sanji get away from Whole Cake Island.

It can be recalled that back in chapter 844, Luffy and Sanji surprisingly got into a brawl when the former tried to persuade the latter back to their side. The Straw Hat captain appeared to know why the young prince was trying to shoo them away, even stepping on their pride and referring to him and Nami as “rags.”

Nonetheless, Luffy persisted in getting Sanji back but Nami felt confused about the situation. He told Black Leg that he had gone too far with his insults. Sanji then challenged Luffy into a fight which became a one-sided showdown. Despite Sanji’s furious attacks, Luffy kept on holding back. Unable to watch any longer, Nami slapped Sanji which eventually stopped the battle.

Moving forward to chapter 845, reports claim that the narrative may focus more on Chopper and Carrot’s adventure and their attempt to escape the Mirror World. Halfway through their journey, they are believed to encounter Brle and this is said to result in another battle. The touted antagonist will soon realize that the pirates’ intention is not to defeat her.

According to some fans over at Oro Jackson, Brle’s Mirror World will be Sanji’s escape route. By the end of the installment, during the ceremony for exchanging gifts, Sanji will suddenly look at a huge mirror in the room. Aside from being curious about its gigantic size, he is deemed to be surprised to see something else in it.

Meanwhile, Luffy will continue to persuade Sanji to come back to them. Instead of being concerned about Big Mom, the captain will turn his attention to Sanji’s father, Judge. It remains to be seen if he will challenge the Vinsmoke patriarch into a battle or if he would try other ways to reclaim one of his members.

Since there is no official synopsis yet, available information should be taken with a grain of salt.