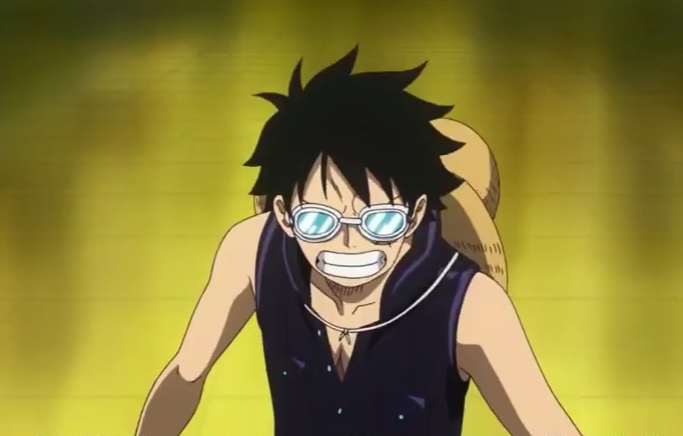 Eiichiro Oda’s manga masterpiece, “One Piece” has reached its 836th chapter and in the upcoming installment, an imminent danger seems to be headed toward Luffy and the Straw Hat Pirates’ path. Meanwhile, Sanji will still be held captive inside the castle and is seems that he may get married to Charlotte Linlin against his will.

Chapter 835 was rolled out to avid readers a couple of days ago and it featured Luffy finally reuniting with the real Nami. Fans might remember that Chapter 834 ended with the former gathering cloned versions of Chopper, Nami, Sanji and even Charlotte in a spacious clearing inside the Seducing Woods.

After Luffy verified that it was indeed the real Nami that he was talking to, he immediately narrated what happened to him and Chopper as they traversed the enchanted forest. He explained that he got separated with Chopper when they faced the tree soldiers inside the Seducing Woods. Nami, on the other hand, theorized that the big-headed being might have seen what transpired and might be keeping secrets from them.

The buried giant told them about the forest and the kingdom’s darkest secret. The giant said that Big Mom used her skills to accumulate bits of the townsfolks’ souls as a mode of payment and in turn uses them to give life to non-living objects around the kingdom.

Furthermore, the buried giant introduced himself as one of Big Mom’s spouses who was later on thrown away to the Seducing Woods after the latter gave birth to their two offspring. The conversation was cut short when Charlotte Cracker appeared from behind and pulled out the giant from the ground. Just as when he was about to be killed off by Cracker, the giant mentioned the names of his two daughters and Nami was shocked that she knew one of them.

It’s now speculated that Sanji’s allegiance will be put to the test as he will be asked by Charlotte to give part of his soul, which would mean that he is accepting Charlotte’s offer to be his wife and live with her for the rest of his life inside the kingdom. In addition, it’s also rumored that Big Mom may unleash a powerful attack toward one of the characters in the said story arc.