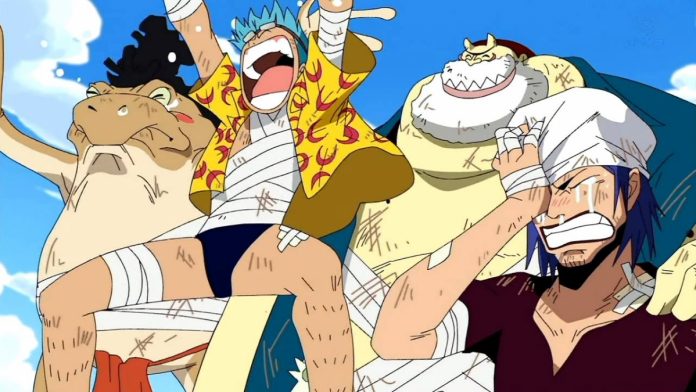 Readers will find out more about Sanji’s family called Germa 66 in the upcoming Chapter 825 of Eiichiro Oda’s manga series “One Piece.”

According to the information leaked by Mangaspoiler, the origin story of the group described as a demonic army will be revealed. They are said to have clashed with marines and the World Government took the opportunity to paint themselves as the conquerors and created famous stories dubbed “Heroes of the Navy,” based on their various confrontations.

Titled, “The World” the chapter will allegedly begin with Vito narrating how Germa 66 came to be and how the so-called evil soldiers faced off with the Navy. The stories published in the newspaper is said to have paved the way for names like Sora to become one of the greatest heroes. As they reached people from East Blue to the Grand Line, the published materials also became indirect ways for the Marines to brainwash kids with their ideology.

When it comes to Sanji, it seems like he will still be marrying Pudding despite what he will discover about his bride as he is seen carrying her at the last panel of the narrative. Rumors have it that she may have three eyes but it remains to be seen if this is real.

The spoilers also include Luffy, Pedro, Chopper and Brook as they appear to be suffering from starvation as they exhausted all their supplies in just one day. The group will decide to go and fish for food. When they were able to get hold of a huge catch, Luffy will attempt to dig in right away.

Meanwhile, it looks like one of Sanji’s brother is following the Straw Hats as they enter Cake Island. Pekoms will explain why no outsiders were able to penetrate Big Mom’s territory. However, as they are discussing, what could be a Germa 66 ship can be seen stalking them while a man with curly eyebrows is following Thousand Sunnies.

“One Piece” Chapter 825 is expected to become available soon.

Attack on Titan season 2: Spoilers point to death of key...