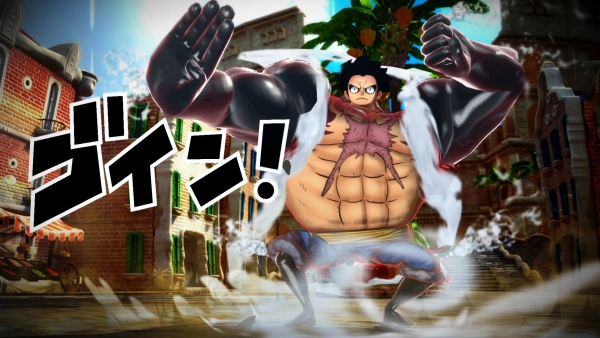 Game publisher BANDAI NAMCO Entertainment announced that they will be releasing the upcoming and much awaited “One Piece: Burning Blood” in North America on May 31, 2016. The game is now available for pre-order, with various pre-order bonuses up for grabs for players who will reserve their copy of the game early on.

The announcement was made through the newest game trailer, featuring the four ladies of “One Piece” that were previously announced to be playable charactersNami, Nico Robin, the Pirate Empress Boa Hancock, and Ghost Princess Perona.

The new trailer is basically the same trailer that was previously released in Japan, but this time, it came with subtitles in English. While the game would find its way to Western territories, it was previously announced already that in order to keep the original feel of “One Piece,” the game’s voice acting would not be dubbed, but rather only be subbed.

A “One Piece: Burning Blood” Pre-order Edition was also announced along with the reveal of the release date. Players who will be reserving their copy of the game would be getting a free exclusive metal game case featuring Sabo and Luffy on the case art, measuring 13.5 cm tall and 17 cm wide. Other pre-order bonuses include special versions of the main protagonist Monkey D. Luffy that will be available not as costumes, but as separate playable characters.

Special versions of Luffy will include Champion Luffy version from the Davy Back Fight arc, Kung Fu Luffy from the original manga, and the newest power up version of Luffythe Gear Fourth Luffy. Playing as Gear Fourth Luffy will have him in the new Gear mode throughout the entire fight.

“One Piece: Burning Blood” will be released first in Japan on April 31 for the PS4, PS Vita, and PC, and on June 3 for the European region. An additional Xbox One version will be exclusively available only in the North American and European regions.

Yahoo to look at strategic alternatives, cut jobs as it pursues...