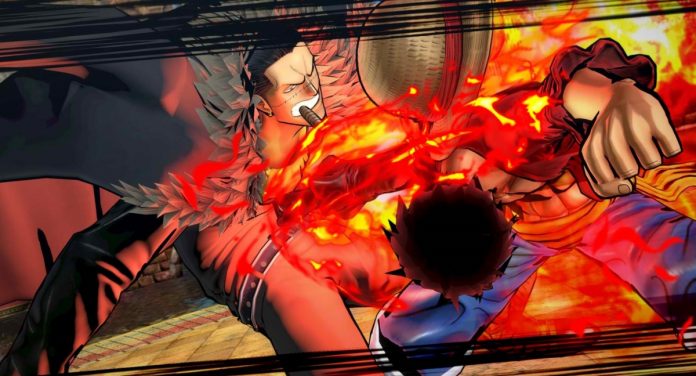 A set of new gameplay footages for the upcoming and highly anticipated game “One Piece: Burning Blood” was recently released online. The new gameplay footages featured fights between main characters of the series such as a team of the three brothers Money D. Luffy, Portgas D. Ace, and Sabo with his newfound powers in the Mera Mera no Mi Devil Fruit.

The first gameplay video showed a battle between the brothers Monkey D. Luffy, Portgas D. Ace, and Sabo with the Mera Mera no Mi powers against the team of Tony Tony Chopper, Crocodile, and Sanji.

The gameplay footage showed something that might probably never happen in the canon events of the “One Piece” manga and anime franchiseLuffy beating the small Chopper. The battle started with Chopper and Luffy, with Luffy using mostly Haki infused attacks on the opponent, such as the Gomu Gomu no Grizzly Magnum. Chopper, on the other hand, also used some of his new attacks, such as his new Kung Fu Point.

Throughout the battle, Luffy eventually shifted into his Fourth Gear, also known as Bound Man, where his body utilized so much Haki in order to make his power surge on extreme levels, as well as highly increasing his speeds, too. The battle ended with the Ace-Sabo-Luffy team as victors.

Another gameplay footage video showed a team of Zoro, Sanji, and Nami pit against a team of Franky, Chopper, and Ace. Franky overwhelmed Zoro with his beam attacks, but Sanji was able to take down Chipper, ultimately throwing him out to the sea. The fight ended with Nami being able to beat Ace.

“One Piece: Burning Blood” will release for the PS4, PS Vita, Xbox One, and PC. It will be released in Japan on April 21, in North America on May 31, and in Europe on June 3.

'Persona 5' release date: game due out between October and December;...