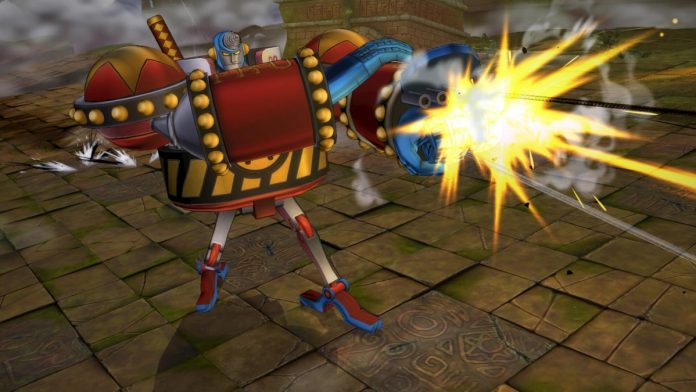 “One Piece: Burning Blood” recently released a series of brand new information about the upcoming game. Developed by Japan-based Spike Chunsoft and to be published by BANDAI NAMCO Entertainment, the said game will be available on the PlayStation 4, PlayStation Vita, and Xbox One.

Website True Achievements has reported that a multitude of screenshots of what the game will look like has been released by its developer. The latest images introduce a couple of new characters that will be in the video game once it drops next year. X. Drake, Franky Shogun, Straw Hat crew first man Roronoa Zora, and former Marine Admiral Kuzan, along with other individual characters will be seen in an intense battle showcasing their respective powers. The series of characters were also confirmed via an issue of Magazine Weekly Jump featuring X Drake in dinosaur form while fighting Franky in a dark battlefield.

In addition, the screenshots also revealed some dynamics of how the game can be played. According to a report by The Otaku’s Study, players can build their own teams consisting of three members. The action shots also showed that the characters will be able to perform their own Devil Fruit abilities as well as other Haki techniques. “One Piece: Burning Blood” will be displaying advance battle mechanics, which will imitate the Devil Fruit and Haki technique abilities just like in the anime series. These capabilities can increase or decrease depending on the player’s game statistics.

Aside from the characters and their supposed powers, a glimpse of the new maps that will be available in the full game can also be spotted in the screen shots. Alabasta, Skypea, and Drum Drum Island will be among the new destinations.