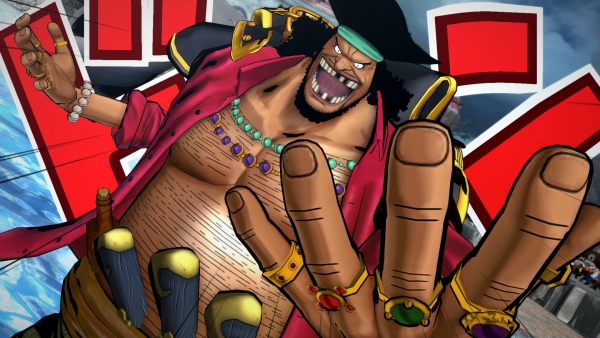 BANDAI NAMCO Entertainment recently announced a new playable character for their upcoming and much awaited action fighting game “One Piece: Burning Blood.” Coming to join the other previously announced roster of fighters is Marshall D. Teach, or more commonly known as Blackbeard.

The game publisher for “One Piece: Burning Blood” recently made the announcement of a new playable character, following the announcement of the addition of the three Marine Admirals in their pre-time skip looks. Marshall D. teach, also known as Blackbeard, comes into the roster of fighters. Just like in the original anime and manga, Blackbeard possesses the power of the Yami Yami No Mi, or the Devil Fruit of darkness.

Blackbeard will sport his look during the great Marineford War. As for the great story arc of “One Piece,” the new game trailer also showed the plot for the Marineford Saga. For the story mode, players can once again relive the moments of the great war at the heart of the Marines, in numerous battles and cut scenes that will be played by various characters, too.

Previously, V Jump released a live gameplay demo for “One Piece: Burning Blood,” wherein their players took the game for a run and showcased the skills and abilities of some of the characters that will be playable fighters. Edward Newgate aka Whitebeard with his crew Diamond Jozu and Marco The Phoenix went up against the team of Sakazuki Akainu, Aokiji Kuzan, and Kizaru Borsalino. Each fighter showcased his own Devil Fruit power, such as Whitebeard’s Gura Gura no Mi, Akainu’s Magu Magu no Mi, and the yet unnamed Mythical Zoan Devil Fruit of Marco, which allows him to transform into a phoenix, thus gaining his namesake.

“One Piece: Burning Blood” will be released in Japan on April 31, on May 31 in North America, and on June 3 in Europe for the PS4, PS Vita, and PC. A special Xbox One edition will be available exclusively in North America and Europe.

ABOUT US
VineReport provides the top and most engaging news stories from around the globe, from world and politics to entertainment and sport. We seek to bring the freshest news each day from the spectrum of stories that matter the most to you.
Contact us: [email protected]eport.com
FOLLOW US
© 2017 Vine Report. All Rights Reserved.
MORE STORIES

MacBook Air 2016 release date next month with 5K display? what...