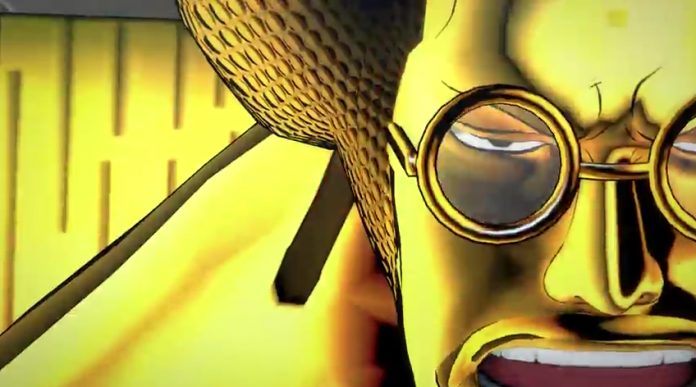 BANDAI NAMCO Entertainment, game publisher of the highly anticipated game “One Piece: Burning Blood,” recently released a new gameplay trailer for the game, this time showcasing the Devil Fruit that fall under the category of Zoan type, a type of Devil Fruit power that gives the user the ability to transform physically into various forms. The new gameplay video showed Marco the Phoenix, former Marine Fleet Admiral Sengoku, the pirate X Drake, and Tony Tony Chopper in action as they show off their Zoan powers.

First, true to his name Marco the Phoenix, the First Division Captain of the Whitebeard Pirates fights with great speed and agility with the use of his mythical Zoan type Devil Fruit that allows him to partially or fully transform into a phoenix in blue flame. He can also use Haki, as he was shown taking on three navy Admirals in battle, who are all Logia type users.

Second, Sengoku has the Devil Fruit power of the Hito Hito ni Mi fruit, Model: Daibutsu. The fruit is similar to Tony Tony Chopper’s fruit, but is different in a way that it allows him to transform into a Daibutsu or a big golden Buddha. With this power, Sengoku deals massive melee physical damage to his opponents. Aside from the physical damage, Sengoku can also use his position as Fleet Admiral to the Marines and call off environmental strike attacks such as missile deployment that also deals damage to his opponents.

Tony Tony Chopper, on the other hand, uses his Form Change ability to transform into different “point” forms that have various effects in battle. For example, his Guard Point form makes him more resistant to physical damages. His Kung Fu point, makes him a lot faster than his normal form and is able to deliver physical damage with accuracy and speed. His ultimate attack is his Monster Point form.

Lastly, the pirate X Drake was also shown in the new trailer. X Drake, with his normal weapons, wields a mace and a sword on his two hands. With his rare, mythical Zoan type Devil Fruit power, X Drake can transform into a theropoda dinosaur to deal massive damage to his opponent.