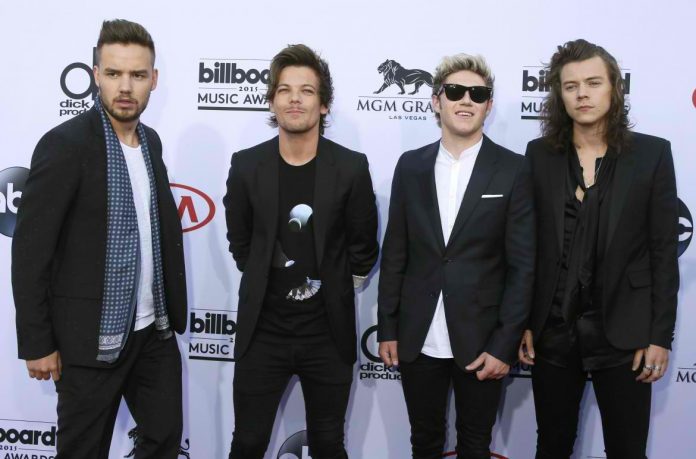 One Direction’s Louis Tomlinson is back with bandmates for the first show of their tour, “On The Road Again,” in Europe, after several late nights partying at clubs in Los Angeles and London.

According to Daily Mail, fans were worried about the speculation that the band will take a break after their tour since there were rumors that Harry Styles is considering a solo career while Tomlinson might return as a judge for X-Factor. A representative of the band has shot down the reports saying, “It’s all pure speculation and not based on any facts. The band are excited about their brand new fifth album and their upcoming tour.”

Tomlinson also revealed on an interview with Capital FM Summertime Ball that he will not become a judge on the talent show, “I’ve got a tour to do, so unfortunately not. No,” Daily Times Gazette reports.

The first show for the band’s Europe leg in Cardiff seemed to have received some disappointments from fans who took it to Twitter to state that they were expecting more songs from the band’s latest album called, “Four,” Yahoo Celebrity UK News reports. Tomlinson reportedly addressed their frustration and tweeted to his followers, “Was a great show today!! New songs coming soon promise :)”

Before going to Europe, Tomlinson was photographed with Fifth Harmony’s Lauren Jauregui which created a buzz among the fans to speculate that they might be an item. However, Jauregui revealed to The Sun newspaper that it is not true, “My phone died and I had no way to get home so Louis said, ‘Just jump in a car with me.’ We got to know each other that night, it was the first time we really hung out. And he was nice enough to take me back,” the singer said.

She also mentioned that she has been on the receiving end of online insults because of the picture, “The amount of hate I got for that picture … I got a slew of things like, ‘You’re a sl**t you’re ugly, you’re fat,” to which she responded with, “No I won’t allow people who don’t know what’s going on to dictate situations,” the Washington Post reports.