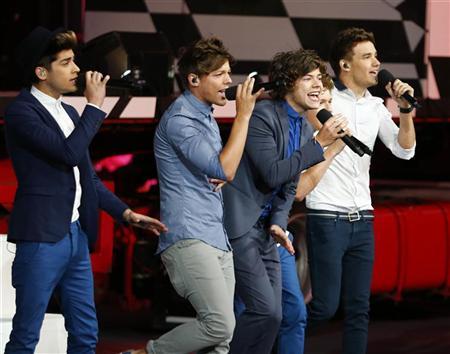 A month after news about the popular boy band’s hiatus, fans of One Direction worldwide still cannot accept their decision. So, it’s not surprising that with the announcements of the remaining members about their plans after they part ways, more fans are getting disappointed.

Recently, Harry Styles told Beats 1 Radio that he would rather be a real estate agent than be an actor or launch a solo singing career. Known to have properties in north London and Los Angeles, Styles added, “‘I like the little ones [houses] because then you throw in “it’s romantic”, which means it’s tiny, while ‘it’s cute’ means it has a window.”

Meanwhile, Louis Tomlinson said that during their hiatus, he will take the opportunity to raise his child with Briana Jungwirth. A source told Hollywood Life, “While he’s away from the spotlight, Louis wants to focus on being a dad. He will put all career plans on hold for now to concentrate on raising his child with Briana.”

For those wondering about Niall Horan, it is reported that the 22-year-old will venture into being a DJ. “I’d like to be a DJ, I’ll be raving it up,” he said.

Despite rumors that the split was caused by internal rifts between the members and them being unable to cope with work demands, Liam Payne tweeted his more than 21 million followers a different reason. The tweet read, “So here’s the reason we are really taking a break we need to take some time to make this…” It was accompanied by a link to the video of Shadow Pico or the bad lip syncing version of “Gotta Be You.”

The hilarious tweet was retweeted over 124,000 times and favorite more than 156,000 times. One fan replied, “I thought it was gonna be something serious liam.” Another tweet read, “YOU NEARLY GAVE ME A HEART ATTACK LIAM.”