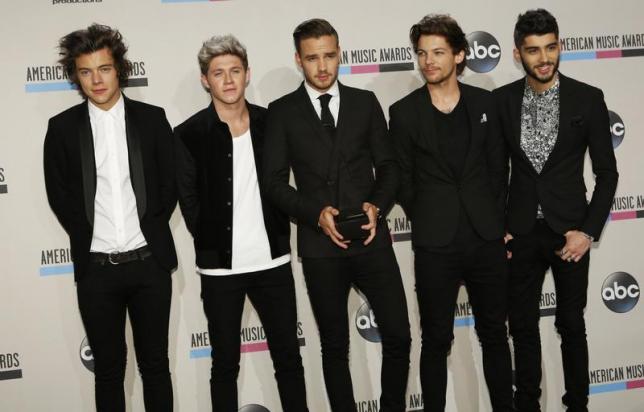 Boy band One Direction had a roller coaster year in 2015, which started when ex-member Zayn Malik left the group in March and decided to launch a solo career. Now, almost eight months after the band and Zayn went different ways, Harry Styles, Liam Payne, Louis Tomlinson, and Niall Horan are doing promotional activities for their newest album before their one year hiatus.

In an exclusive interview with Entertainment Tonight, Horan was adamant in saying that this is not the end for them. “We’re not breaking up. We’re literally taking time out to see our friends and see our family and reflect on what we’ve done over the last few years,” he said, which was agreed by the other three member.

To solidify the band’s claim for a time out, Styles detailed their plans of travelling while on the said hiatus. “We’ve been, of course, incredibly fortunate to travel a lot of the world, and I think one of the cool things about that is we haven’t necessarily spent a lot of time in each place,” he said. “You see places you want to go back to, and think ‘I want to come back here for two weeks instead of two days and experience some more of it.’ So I’m sure there will be a bunch of traveling,” the 21-year-old singer added as he expressed his excitement to be able to go to places without the restriction of a schedule.

In a separate appearance in “Ellen,” the four boys were also asked by TV show host, Ellen Degeneres, about their thoughts on Malik, which they answered with short answers and awkward laughing.

On the contrary, Malik seems to be comfortable talking about the band he has been a member of in the last four years. In a recent interview with Fader Magazine, he was open into admitting that the kind of songs his ex-band is making is not the type of songs he  likes listening to.

One Direction has just released their fifth album in five years titled “Made in the A.M.” before their supposed hiatus.