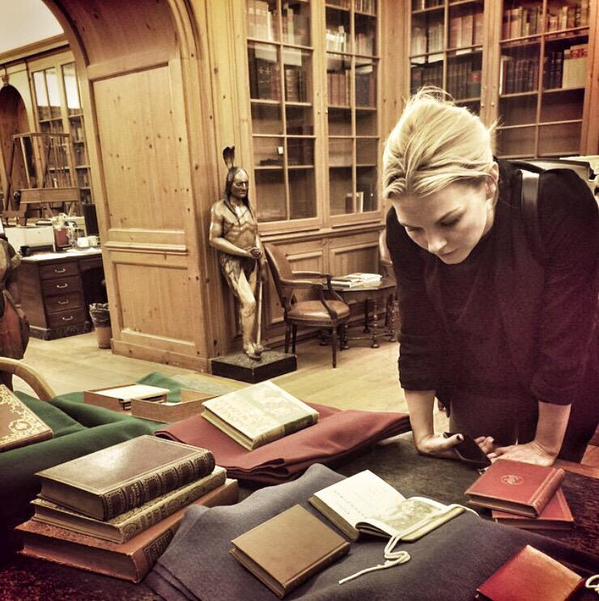 Emma Swan turns into the dark side for Season 5 of ABC’s hit series, Once Upon a Time, and to prepare for the role, actress Jennifer Morrison has been doing a lot of research.

The actress has been hitting the books at the New York Public Library to understand the character better.

In an interview with People, Morrison revealed that showrunners Edward Kitsis and Adam Horowitz are building a new villain that no show has seen before.

“In order to build Dark Emma, I’ve been doing a bunch of research there with some of their mythology books and old fairy tale books and just looking back through the history of swans and the etymology of ‘Swan,” she said.

The actress said that she is thankful for the curators of the library for allowing her to read first editions of some of the rare old fairy tale compilations for her research.

She also mentioned that with the transformation of Storybrooke’s heroine, she gets a challenging role, “Villains are fun to play as an actor, but no matter what, it’s also just fun to have something new. It’s so rare to go into season 5 of a show and feel like a character is evolving and changing at such a drastic pace that I really get stretched and challenged on a daily basis,” the report added.

Aside from the newly transformed Emma, viewers will also see a new character in the form of Evanna, who will appear in flashbacks as Rumpelstiltskin’s mother.

In an exclusive report by TV Line, the show is said to be looking for an actress to fill in the new role who should be in her mid-20s to early 30s, stunningly beautiful, can pull-off Scottish accent and can play a character who is described as “plucky, strong and imbued with an unshakeable sense of self-confidence.”

Season 5 is slated to return on September 27 and show’s executive producer Adam Horowitz recently revealed to his Twitter followers that the writers are working on the script of the premiere episode before filming begins next month.