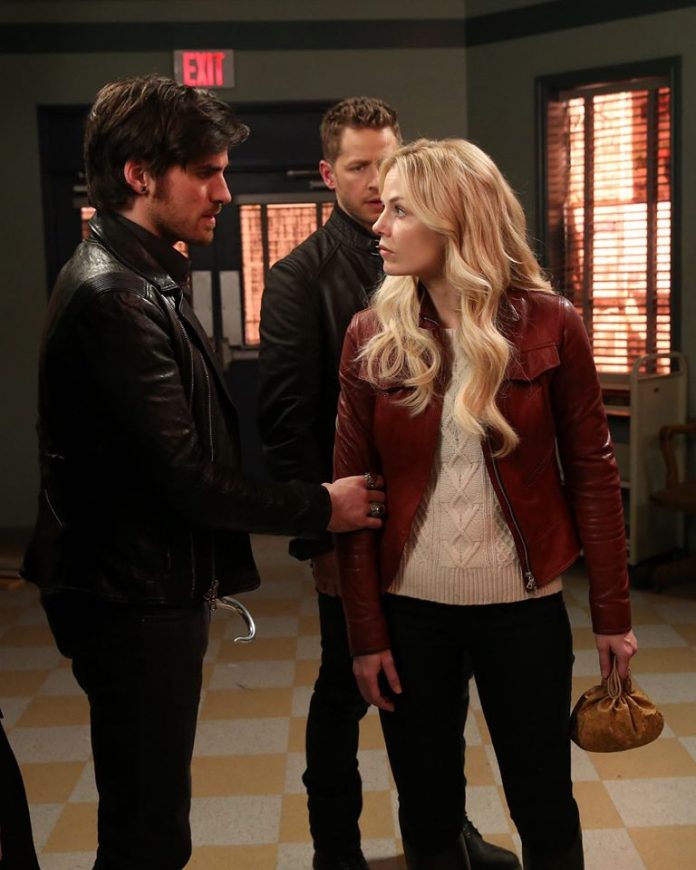 The heroes will try to stop Hades (Greg Germann) from wreaking havoc in Storybrooke, as he grows more powerful in the all-new installment of “Once Upon a Time” season 5.

Titled “Last Rites,” synopsis of episode 21 teases that danger looms in town and clashing with the villain may mean some lives will be lost while others will be saved. Emma (Jennifer Morrison), David (Josh Dallas), Regina (Lana Parilla), Robin (Sean Maguire) and Henry (Jared Gilmore) are reunited with Snow (Ginnifer Goodwin) as they escaped the Underworld.

However, they still have to face Hades who continues to deceive Zelena (Rebecca Mader) with his plan to use the all-powerful Olympian Crystal to take over the place. They will desperately search for ways to defeat him while Hook (Colin O’Donoghue) looks for missing storybook pages in the Underworld.

Meanwhile, Regina and Robin will take a more direct approach which is said to culminate in an epic showdown that will change the heroes’ lives forever. In a sneak peek, the two talk to Zelena and ask her where their daughter is. “With Hades. I’ve come to tell everyone that he’s changed,” she answered.

Robin then quips, “I hate to be the one to break this to you but no! He hasn’t.” Zelena tries to explain and says, “What are you talking about? He helped you. He took your names off your graves. I was with him the whole time. We waited for you.” But Regina clarifies that it was all a trick, “That’s a show for your benefit. You cannot trust him with your daughter.”

Zelena is adamant on believing Hades has turned a leaf and retorts, “You’re wrong. Hades is different now, his heart is beating. Love has changed him. I’ve changed him.” Regina again attempts to talk some sense into her, “I know you wanted to believe that. Sometimes, the truth really hurts. Why don’t you just tell us where he is?”

When she asks what they will do to him if they find out, “We’ll do whatever we have to. I know this is hard to hear but he is not the man you think he is,” Regina replies which seems to anger Zelena more as she shouts, “Actually, he is not a man at all! He is a god. And if you try to hurt him. You’ll do so at your own peril.”

The penultimate episode of season 5 is slated to air on Sunday, May 8 at 8 P.M. EST.

'One Piece' chapter 839 spoilers, news: Sanji and Pudding to wed...