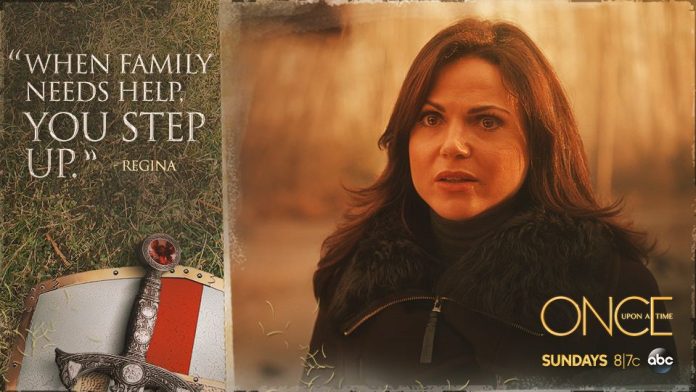 The heroes will combine their efforts to try and crack Hades’ (Greg Germann) protection spell on the elevator door in the brand-new episode of ABC’s fantasy series “Once Upon a Time” season 5.

In a sneak peek for the upcoming installment titled “Her Handsome Hero,” Emma Swan (Jennifer Morrison) wakes up from her dream determined to defeat the God of the Underworld. Hook (Colin O’ Donoghue) asks her if she is having a bad dream to which she replies, “Yes, sorry I fell asleep. It must be my watch.”

“I’m glad you did. I got it under control, do you realize this is the first time you slept since you rescued me?” he reminds her. “I’ll sleep for weeks as soon as we defeat Hades, I promise,” Emma replies. They then receive a signal from downstairs and head to where the others are.

Upon entering the room, Emma suddenly hugs Snow (Ginnifer Goodwin) to the latter’s surprise who asks her, “Is everything okay?” “Yes, it’s just good to see you,” Emma simply answers. Regina (Lana Parrilla) then tells her that she needs help with her plans.

Hook seems to be doubting the counter spell Regina put on the door and refers to them as “squiggly lines.” However, the rest are optimistic that the elevator will lead them straight to wherever Hades is. When Emma and Regina use their magic to open the passageway, they are able to do so but they look shocked.

Meanwhile, the synopsis also reveals that Belle (Emilie de Ravin) will turn to Rumplestiltskin (Robert Carlyle) to try and save their child but she forbids him from using his powers for evil.

Moreover, Hades secretly meets with Belle’s former love interest Gaston (Wes Brown) and encourages him to seek revenge on Rumplestiltskin. The blossoming romance of the former lovers which ended during the eve of the Ogre wars will also be shown in flashbacks.