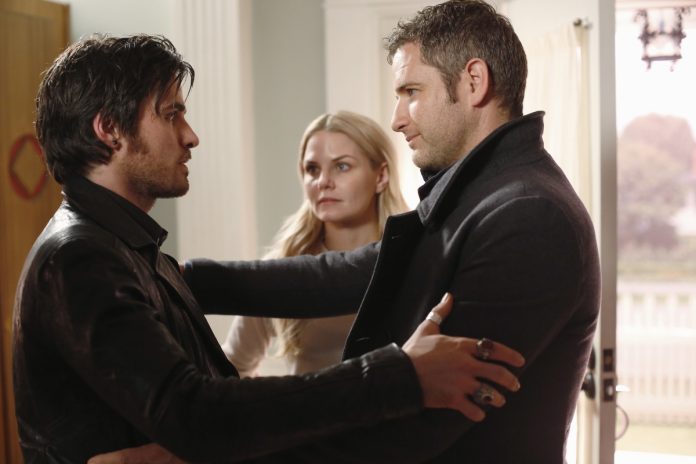 Emma Swan (Jennifer Morrison) and Hook (Colin O’ Donoghue) will have to battle the King of Underworld (Greg Germann) in ABC’s all-new “Once Upon a Time” season 5, episode 15.

According to the network, the duo have to defeat Hades in order for them to return to Storybook alongside the other heroes such as Snow (Ginnifer Goodwin), David (Josh Dallas), Regina (Lana Parrilla), Robin (Sean Maguire), Henry (Jared Gilmore) and Gold (Roberty Carlyle).

Titled “The Brother Jones,” the installment also features Hook getting a surprise visit from his departed brother Liam (Bernard Curry) who might provide the lead they were looking for – a book that is said to contain the key to Hades’ downfall according to others who have tried to overthrow him. Some flashbacks will show the bond of the brothers being tested and strengthened while aboard a merchant ship heading into a dangerous storm.

As the group searches for the book, Henry will secretly take matter on his own hands as he will grow tired of watching from the sidelines. To counteract their efforts, Hades will trap the heroes in the Underworld by pitting them against each other.

“I’m sure you do,” David replied before he was greeted with a kiss in the mouth. The clip ended with Cruella quipping with, “So, sheriff, what do you want to try first? The champagne or me?” as she popped open the drink.