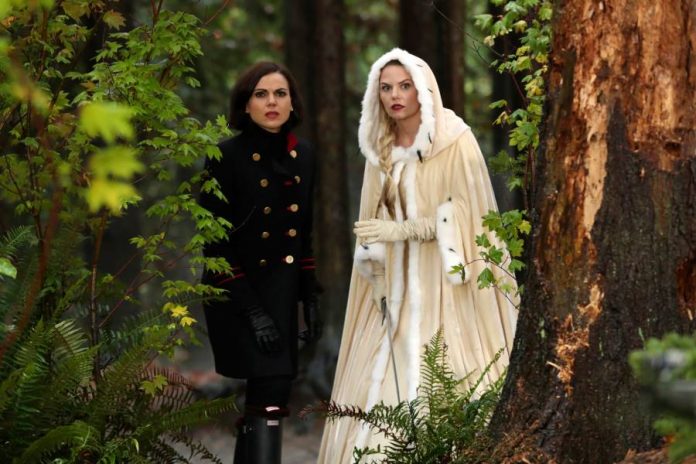 A battle is about to unfold in the sixth season of “Once Upon A Time,” and it looks like Hook/Killian (Colin O’Donoghue) is having second thoughts about taking his relationship with Emma (Jennifer Morrison) to the next level.

In the teaser trailer for episode 13, the first war against ogres is being featured. A flashback scene shows Beowulf (Torstein Bjrklund) coming after Rumplestiltskin.

Meanwhile, a worried Rumplestiltskin/Gold (Robert Carlyle) explains to Gideon (Giles Matthey) how dark magic can devour his whole life. But, it seems that Gideon is very determined to continue his pursuit to kill Emma, even without his father’s help. Gold’s son expresses that he has to fulfill his destiny which is to defeat the female protagonist.

“This is a Rumple who puts his child before anything. In doing that, I think a child can bring two people together if they both want the same thing, which is happiness,” showrunner Eddy Kitsis said as he explained Gold’s role in this second half of the season during his interview with Entertainment Tonight.

The episode titled “Ill-Boding Patterns” is expected to feature Emma and Hook if the latter will spill his most kept secret to his loved one. Killian admits that he has a secret that may be a reason for Emma to decline his marriage proposal. Will Emma learn and accept Hook in spite of this?

As seen in the 12th episode of the fantasy series, Prince Charming/David (Josh Dallas) was so affected by his father’s death that he went too far in investigating King George/Albert (Alan Dale). Then, Hook intervened and helped David regain his sanity. David gave his blessing to Hook for Emma’s hand in marriage.

However, after fixing the missing pages of Henry’s (Jared S. Gilmore) book, Hook found a familiar face that he once killed. It made him worried about popping the question.

The sixth season of “Once Upon A Time” will continue on March 19 on ABC.